In accordance with city guidelines, The Clay Studio has resumed quarterly classes. Check for general updates here. Meanwhile, explore our virtual classes, talks, and events, and help support our teachers and artists.

Ryan Wilson Kelly combines his sense of humor, artistic skill, and interest in historical ceramics masterfully in this series of heads loosely based on the Toby Jug and Character Mug forms popularized in the UK during the 18th century. At the time they were often used to lampoon political and social issues. This year during the pandemic lockdown, Kelly made variations on the form. Seen as a group, a sense of anxiety apparent in their facial expressions emerges, unintentionally capturing the sense of uncertainty, fear, and discomfort many of us have experienced over the last year.

Ryan Kelly is currently an Assistant Professor of Ceramics and Foundations at Western Washington University. From 2006 to 2011 Ryan was an Artist In Residence at The Clay Studio. He holds a BFA in Ceramics from the Kansas City Art Institute, and an MFA in Ceramics from The Ohio State University. He was also for a year, the Lourmina Salter Fellow at the Baltimore Clayworks. Ryan has taught at a number of institutions including Ohio State University, Swarthmore College, the Maryland Institute College of Art, Tyler School of Art, Rutgers University. The wide variety of materials and communities in which he works has led to his involvement with several puppet theaters and theatrical prop construction for low budget films. He also enjoys having facial hair and speaking in the third person.

A Toby Jug, also sometimes known as a Fillpot (or Philpot), is a pottery jug in the form of a seated person, or the head of a recognizable person. $1,000

Based on a mug owned by his grandparents, Kelly created this mug from memory $600 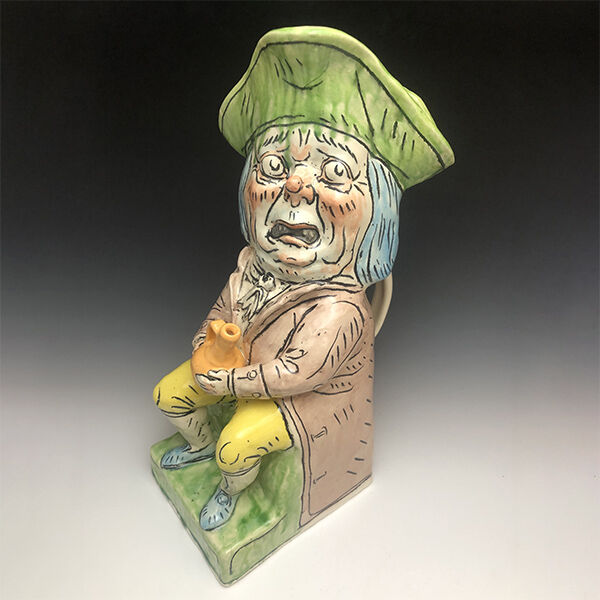 Description:
A Toby Jug, also sometimes known as a Fillpot (or Philpot), is a pottery jug in the form of a seated person, or the head of a recognizable person. Typically the seated figure is a heavy-set, jovial man holding a mug of beer in one hand and a pipe of tobacco in the other and wearing 18th-century attire: a long coat and a tricorn hat. The tricorn hat forms a pouring spout, often with a removable lid, and a handle is attached at the rear. The original Toby Jug, with a brown salt glaze, was developed and popularised by Staffordshire potters in the 1760s. There are competing theories for the origin of the name "Toby Jug".[4] One is that it was named after the intoxicated, jovial character of Sir Toby Belch in Shakespeare's play Twelfth Night. Another is that it was named after a notorious 18th-century Yorkshire drinker, Henry Elwes, who was known as "Toby Fillpot" (or Philpot), ho was mentioned in an old English drinking song The Brown Jug, the popular verses of which were first published in 1761. 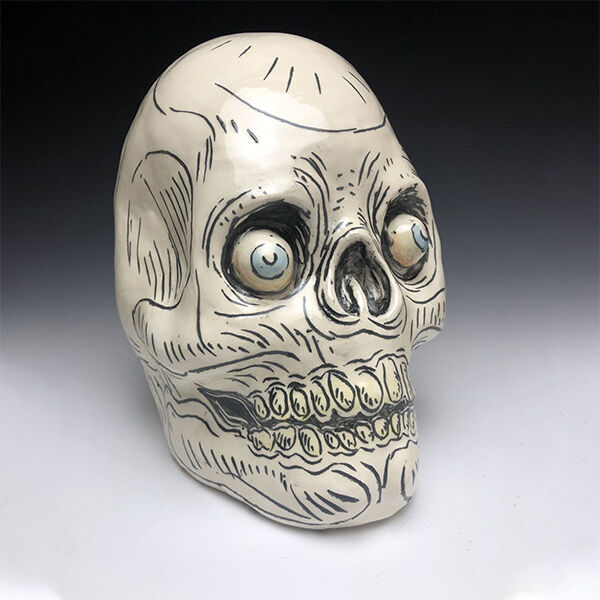 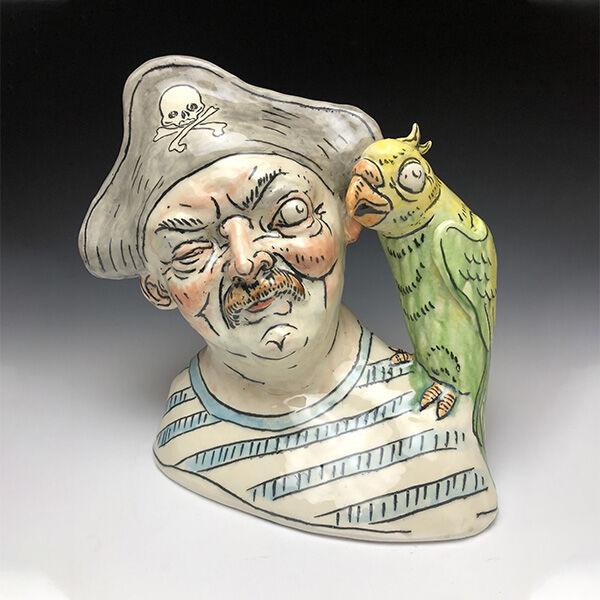 Description:
Based on a mug owned by his grandparents, Kelly created this mug from memory, and then searched online to find an image of the exact one from his youth. That Royal Daulton face mug of Long John Silver was produced in the 1950's and had the same sidelong glance and parrot handle. The power of the memory had stayed with Kelly since his childhood. 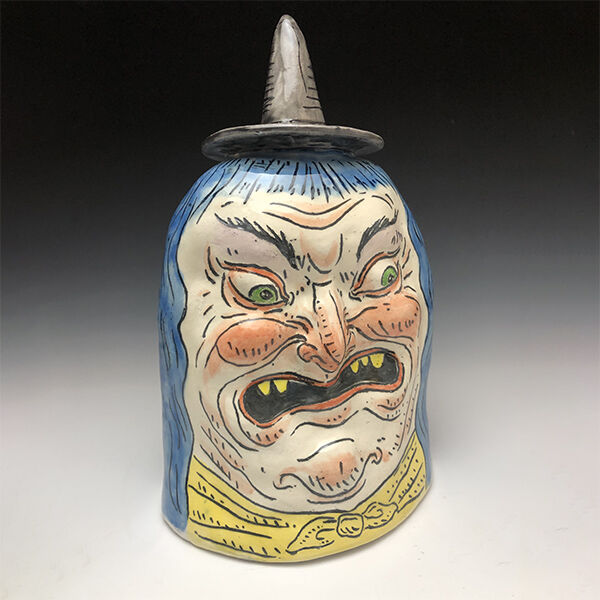 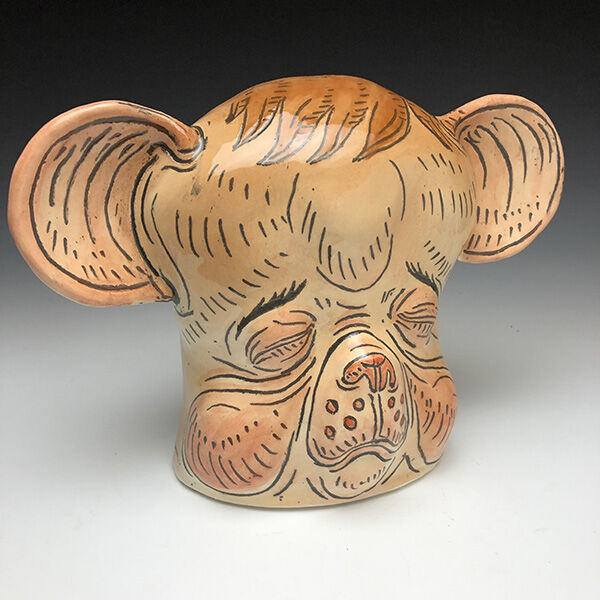 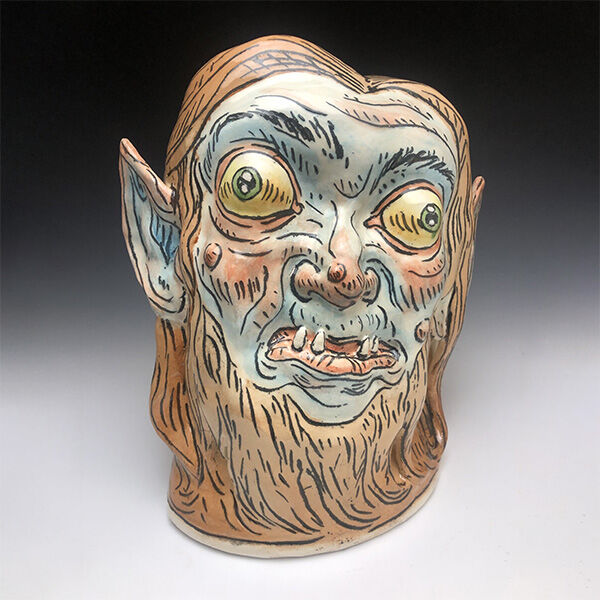 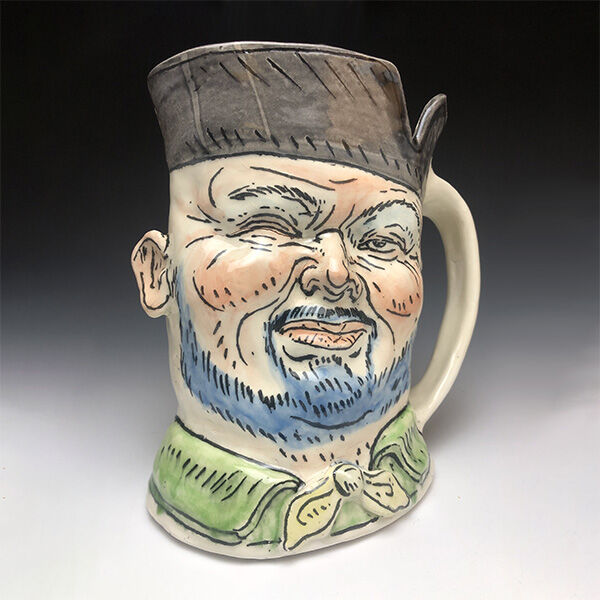 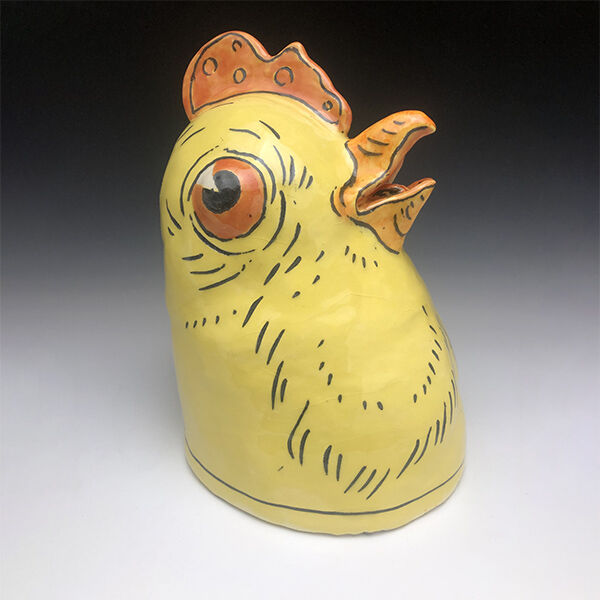 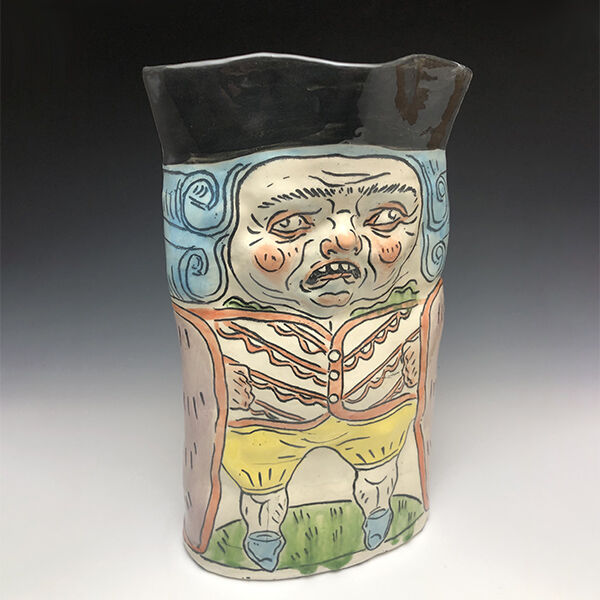 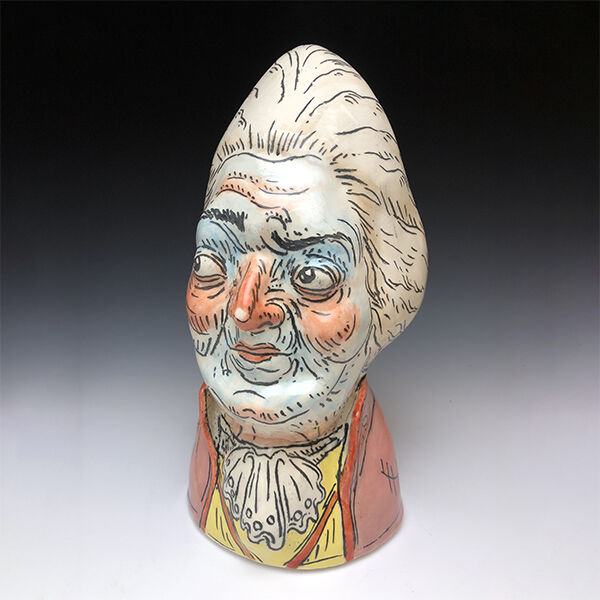 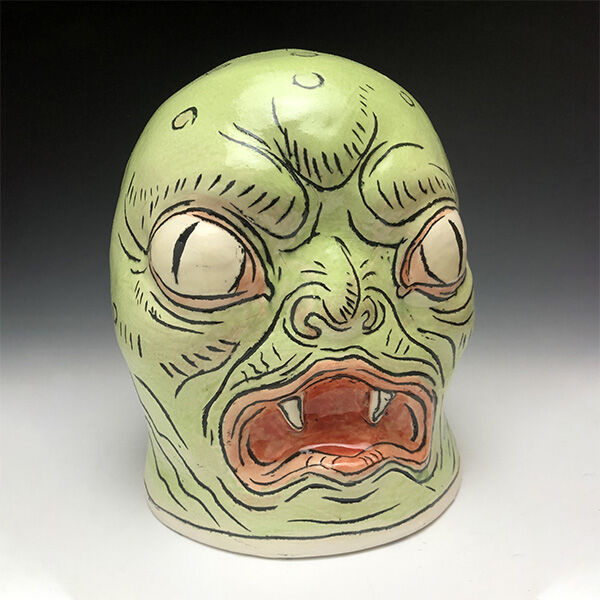 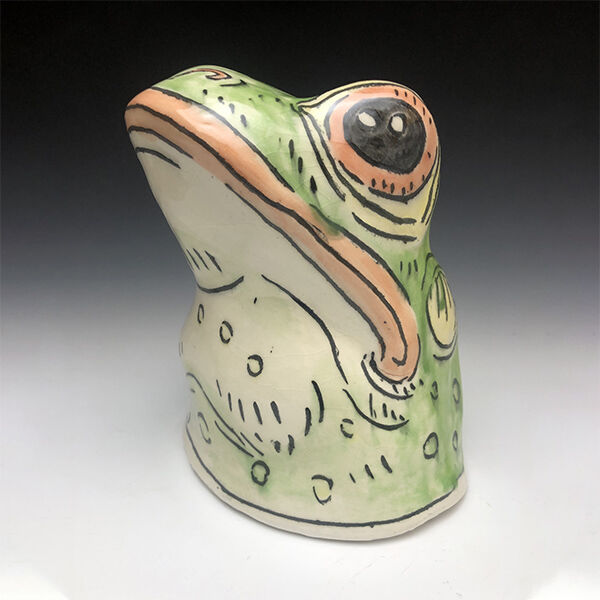 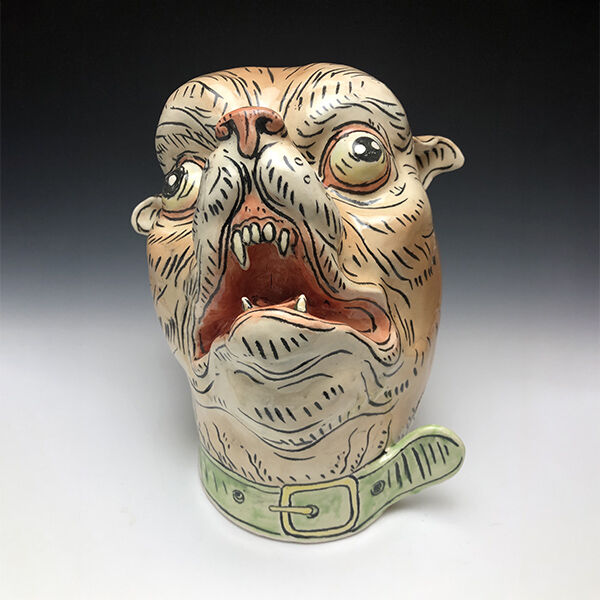 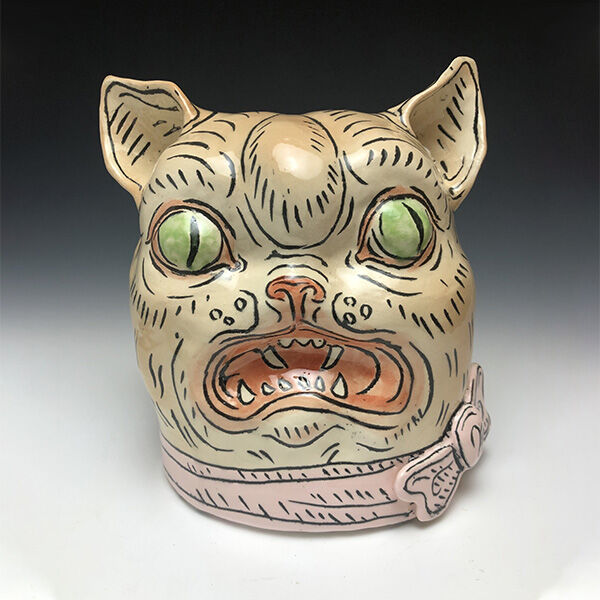 Join Jennifer Zwilling, Curator of Artistic Programs at The Clay Studio, along with artist Ryan Kelly, as they discuss “Anxious Assembly,” his new exhibition at The Clay Studio, which opens April 3. The facial expressions depicted in this series of ceramic busts and jugs convey a sense of anxiety, capturing the sense of uncertainty, fear, and discomfort many of us have experienced over the last year. Join the Zoom call to ask questions live and listen to the discussion!