In accordance with city guidelines, The Clay Studio requires everyone to wear masks inside the building.

A long studio career has given me continuity throughout my life: an intimate relationship with creativity through ceramics. At this point, clay and I are dear, old friends. I notice creativity is always flowing and whenever it appears blocked, that’s simply my signal to become still; to drop below the chattering mind.

Cultural conditioning directs me to doing, doing and more doing as a recipe for progress. In point of fact, it’s the willingness to not “do, do, do” that has made all the difference. It’s the willingness to be empty and to wait that allows images and ideas to arise. Sometimes they come only as the tiniest step. So I take that step. And from there, I’m delighted that another appears and so on. It’s fun to trust and allow in this way. It feels more like a conversation… a collaboration then ‘me’ doing it all alone.

On account of this allowing, I have found myself over the decades shape-shifting a number of times as a maker. In the earlier years I felt quite comfortable claiming the title of “Potter” or “Thrower”. But as time went by, the wheel became no more important than a rolling pin… just another tool through which to facilitate an idea. And pots yielded space in my psyche to explore sculpture. And in recent years, it’s all landed on its head such that my comfort now comes more from not claiming any identity at all. They seem too confining: “Potter”, “Sculptor”, “Storyteller”… I leave it to the viewer and the lens of time to assign labels. For my part, I’ll stay in the open space of stillness where I feel connected to this life force: Creativity. It’s from that place I facilitate ideas which support me to navigate life through this old friend, clay.

Lisa Naples runs a studio and classroom from her barn in Doylestown, PA. She earned an MFA from The Nova Scotia College of Art and Design (NSCAD) in 1988. In 2014 Ceramic Arts Daily released 2, feature length movies on her work/process and began distributing them around the world. She was awarded the 2012 Ceramics Prize at the Philadelphia Museum of Art Craft Show. In 2010 she won “Best of Philly” and also was featured in the book: “Masters Earthenware”. She won the sculpture prize at Phillips Mill Art Show in Bucks County, PA several times between 2010-2016. Select exhibitions: Michener Art Museum, Smithsonian and Phila. Museum of Art Craft Shows. Lisa has lectured and given workshops across the US. In 2005 she was awarded an NCECA residency in Australia which fundamentally changed her studio life.

Using the Sun to Find North

"Using the Sun to Find North" is one of the chief ways people navigate when they find themselves disoriented and with no compass or map.  The exhibition includes series that explore this theme. The collection of plate paintings titled “Wayfinding” begins with our heroine, a red tailed hawk having hit her mid-life and fallen flat out of the sky, exhausted. This series tracks her progress as she faces choices that will decide the quality of her remaining days. She can play it safe and live comfortably in the realm of what she knows and/or she can embrace the gyroscopic world of guidance from a far less familiar realm that can’t be named, only experienced.

The series of 6 running hares in stop-frame locomotion illustrate the animating force coming into form, having it’s life and exiting back from where it came. This progression is titled “Impermanence.”

"I’ve come to see by taking on this challenge that there is only ever one step ahead of me and that I’m capable of taking 1 step. I’ve learned to stay, to be where I am; focused and engaged." - Lisa Naples 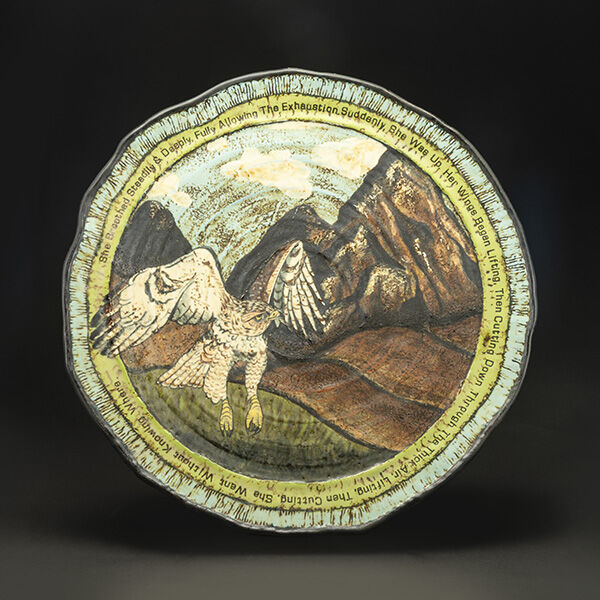 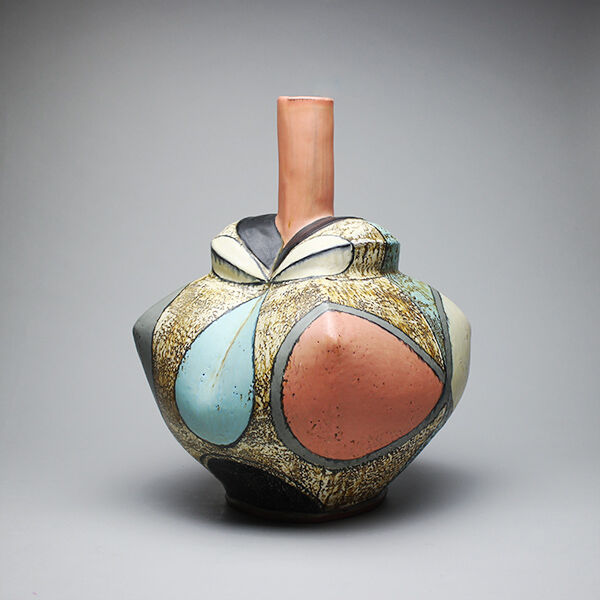 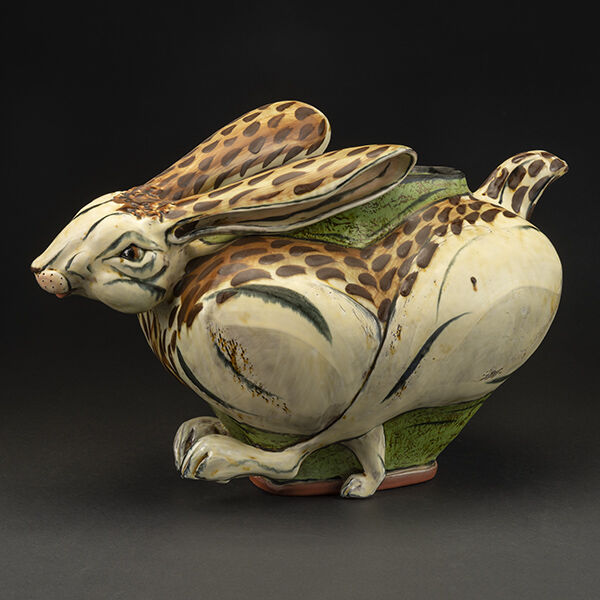