SENT examines queer culture in digital spaces. With the ubiquitous shape on a smartphone, Adam Chau presents a mosaic of the paradoxical anonymous selfie. Using traditional blue-and-white aesthetics, Adam utilizes digital fabrication methods to make commentary on the intersections of the physical and virtual.

Adam Chau is an artist living in New York. An Industrial Design graduate from the School of the Art Institute of Chicago (2013), his studio practice looks at the combination of digital technology and traditional studio techniques. Publications on his research include Studio Potter, Ceramics Art and Perception, Ceramics Technical, and Ceramics Monthly. In 2018 he was given the NCECA Emerging Artist Award and in 2019 he became a member of the International Academy of Ceramics. He has worked and completed artist residencies across the world including Italy, The Netherlands, and China.

It all started with sexy boys. Yes, sexy boys popping up while infinitely surfing the sea of Instagram. While it might seem like a generation ago, switching Instagram’s chronologic format to an algorithm which shows popular content first allowed influencers and brands to market themselves more seamlessly to the public. In comes the boys – the oh-so-sexy shirtless, speedo-wearing, six-packs of desire filling my feed. Even without checking a box, Instagram knew that I lean towards the male persuasion and was willing to serve me a full plate of hunky men that would in turn market everything from a vacation in Bermuda to lip balm made of minerals from the moon. Of course I didn’t mind seeing a daily picture of inspiration (I must mention now that I’m happily married), but I did notice something odd: whenever someone was taking a picture in the mirror -usually holding up their shirt to flaunt their chiseled abdomen- they would be covering their face with their phones. I then realized that the cult-like phenomena of Millennials taking selfies had now become anonymous.

Many different ideas came into my head when I realized that the smartphone had literally replaced a face. I started to make connections with other platforms like Scruff and Grindr and ideas of sending photos of oneself without actually showing a face…..aka the dick-pic. To build an exhibition that highlighted all of these thoughts I decided to focus on the central theme of what a person is willing to share through a digital platform – of course there are varying degrees of complete exhibitionists to ludites who never even enter their zip codes into a computer – but there was room to explore the spectrum of how someone would want to communicate with others simply by looking at if they showed their face or not.

I think it’s important to mention that I’ve never sent a dick-pic. While I’m not opposed to this, I haven’t really desired seeing just one member of a whole body. I do want to say, as I have in many of my lectures about my journey in digital technology and culture, that my marriage would not have worked without the internet. A chance meeting in Italy while in grad school had led to a six-month pen-pal relationship online before meeting back up and starting a relationship – because my husband is an EU citizen this then turned into a four-year long-distance relationship that relied on Facetime keep a connection. In 2016 I did a performance at NCECA in Kansas City called Across The Table, which explored different ways ceramics engages a variety of communities. While they had a huge ceramic volcano for nachos that all of NCECA could munch on, I was the token example of eating alone (almost every day for those four years of living apart my husband and I would eat together through facetime) as I presented a piece where I faced the wall with a tablet and virtually ate lunch with my husband with two ceramic plates that were bridged with a blue-and-white ceramic design (think of those split-heart jewelry pieces that you wore with your best friend when you were 14 and turn that into a dish set). This is all to say that even though I wouldn’t send a dick-pic to anyone I still engage with the internet in an intimate way.

I started to catalog pictures from Instagram that had a male-identifying body and a “mirror selfie” (a self portrait taken in the mirror where the camera/phone is visible). Right from the beginning I knew that I had to translate any resource material through my own body; I didn’t personally know any of these people I was looking at and to relate it back to myself I found it necessary to go through the same motions (i.e. poses) as these glimmering David’s-turned-real-life. There was also an element of learning to love my own body; we all know that the world of social media puts out idealized lifestyles and with a history of body dysmorphia I wanted to exhibit something vulnerable and empowering at the same time: basically me in a jockstrap.

This body of work also tells a story of the queer community. Although I remember what it was like to live in a world without social media I can’t completely recall queer life without the net. It seems like the web has knit so many marginalized communities together and created an empowering global network. My own narrative of maintaining a relationship through the internet is just a drop in an ocean of stories that I can’t help wanting to explore and find treasure in. The queer story of the internet is a fucking epic saga; it goes from million-follower drag queen personalities to tear-jerker Missed Connections on Craigslist. Of course we also know that you can shape your identity through the internet into something that you might want, might crave, might need – maybe that’s why people taking pictures of themselves are doing it without a face.

I do feel like I’m caught in the middle of a generational switch - I’m too young to have been a queer activist without the internet, but too old to know what life was like without Jeffrey Star on Youtube. While I don’t want to cast a critical light of positive/negative of these cultural changes, I do think my blurred generational boundary of pre and post internet has put me in a position to point out these shifts. If this exhibition were to be successful it would be a pinpoint in time and in 100 years it would be a just another abstract document of folk art. 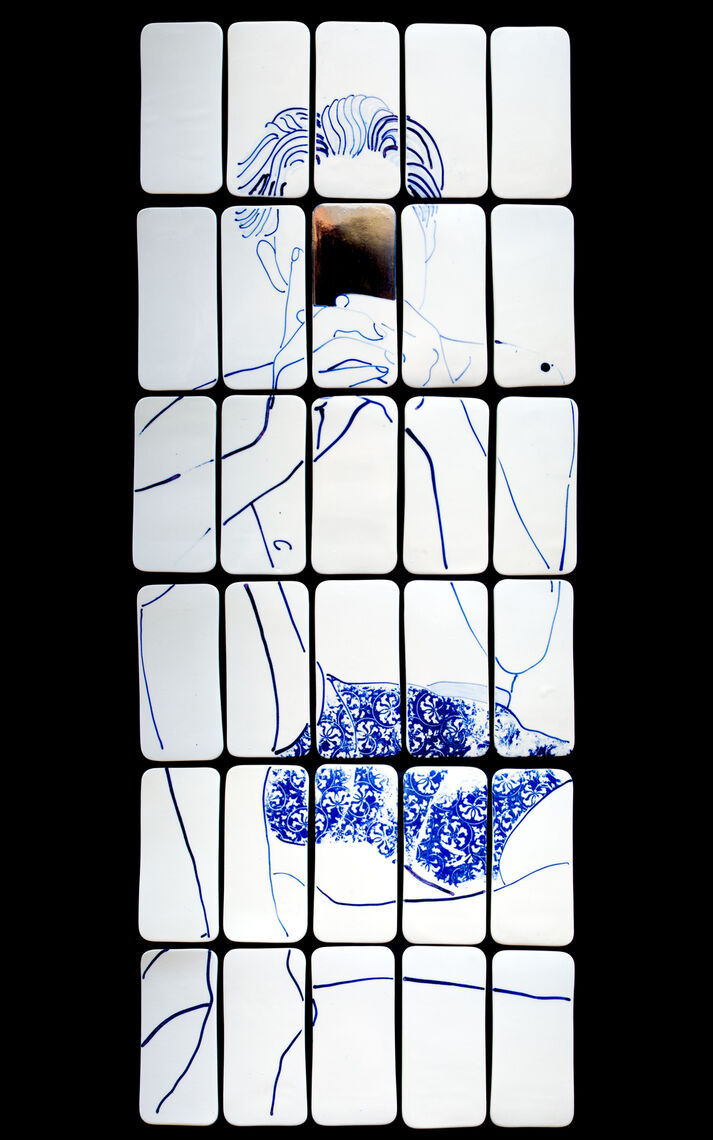 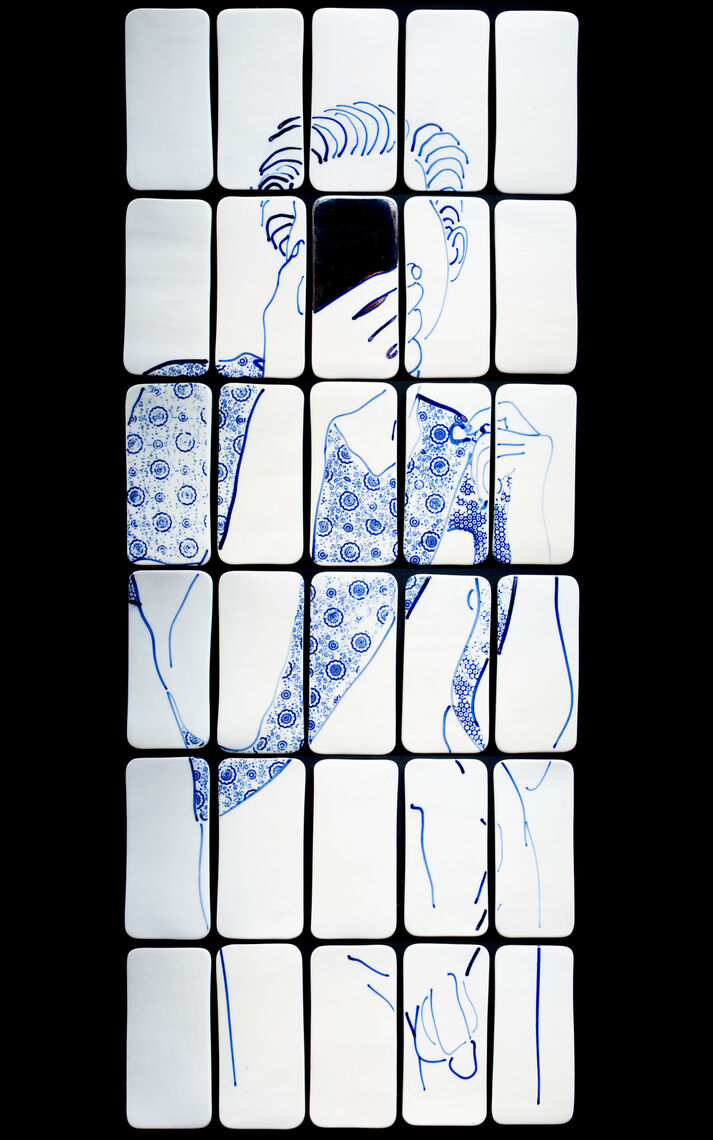 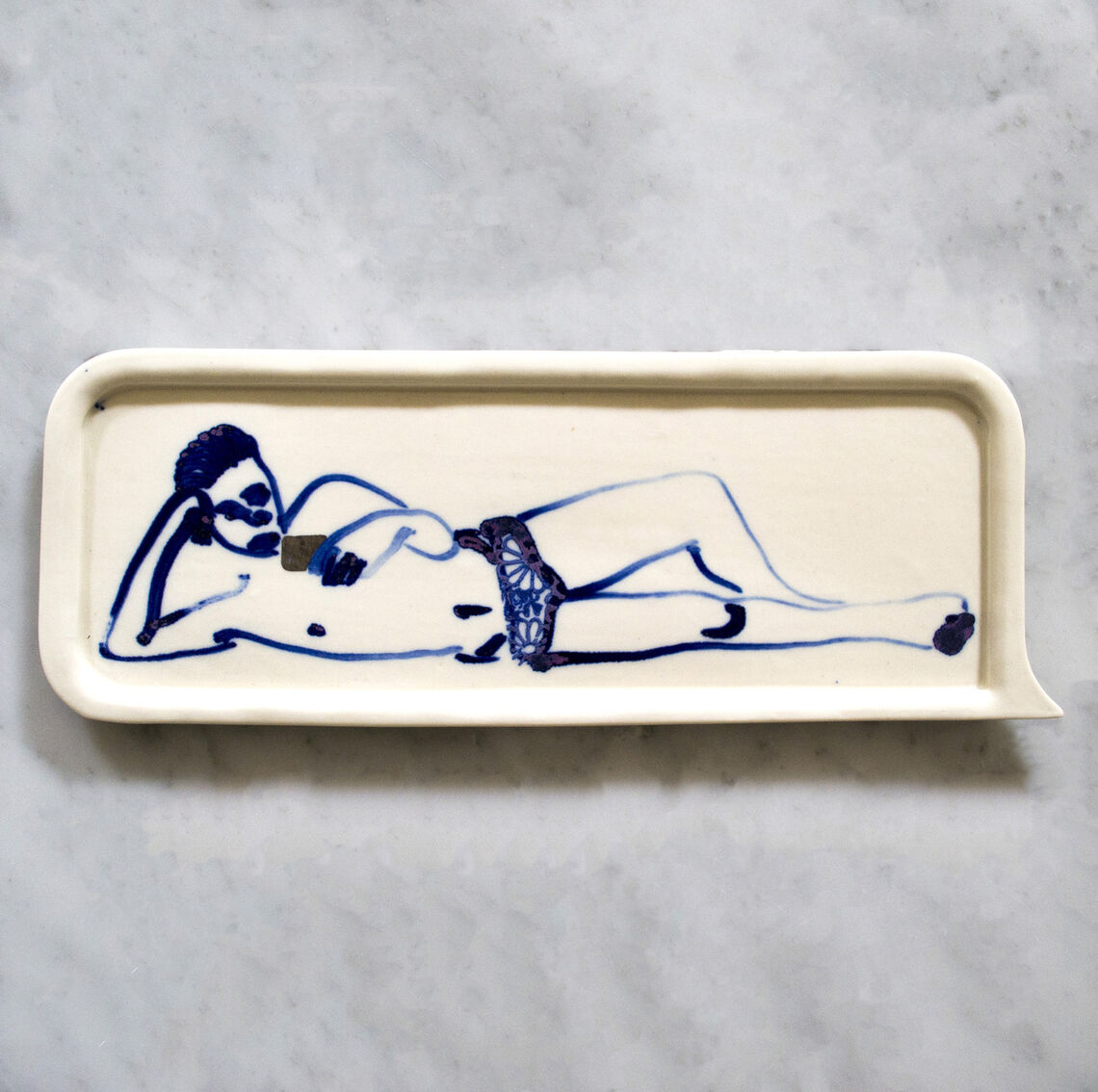 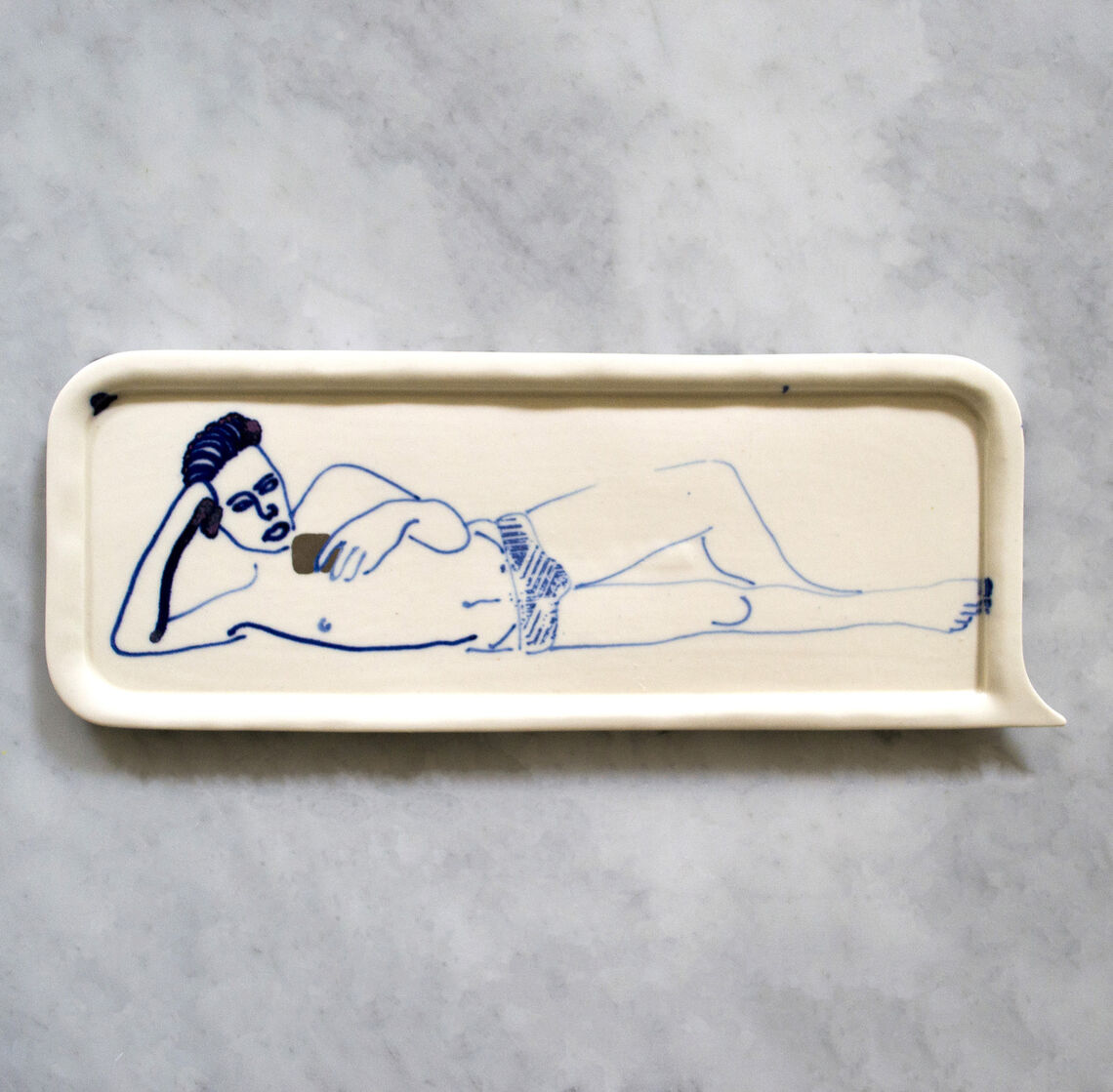 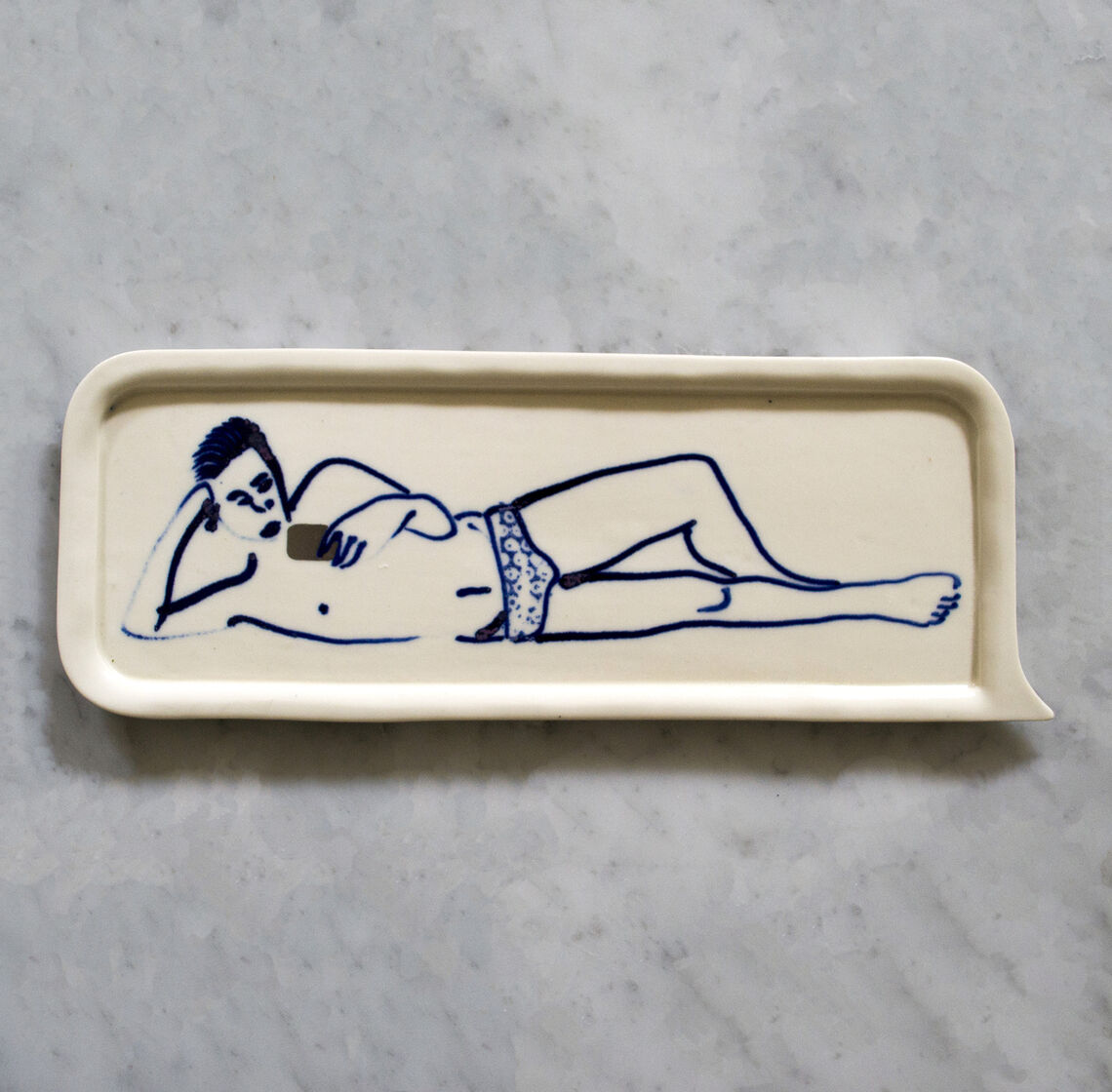 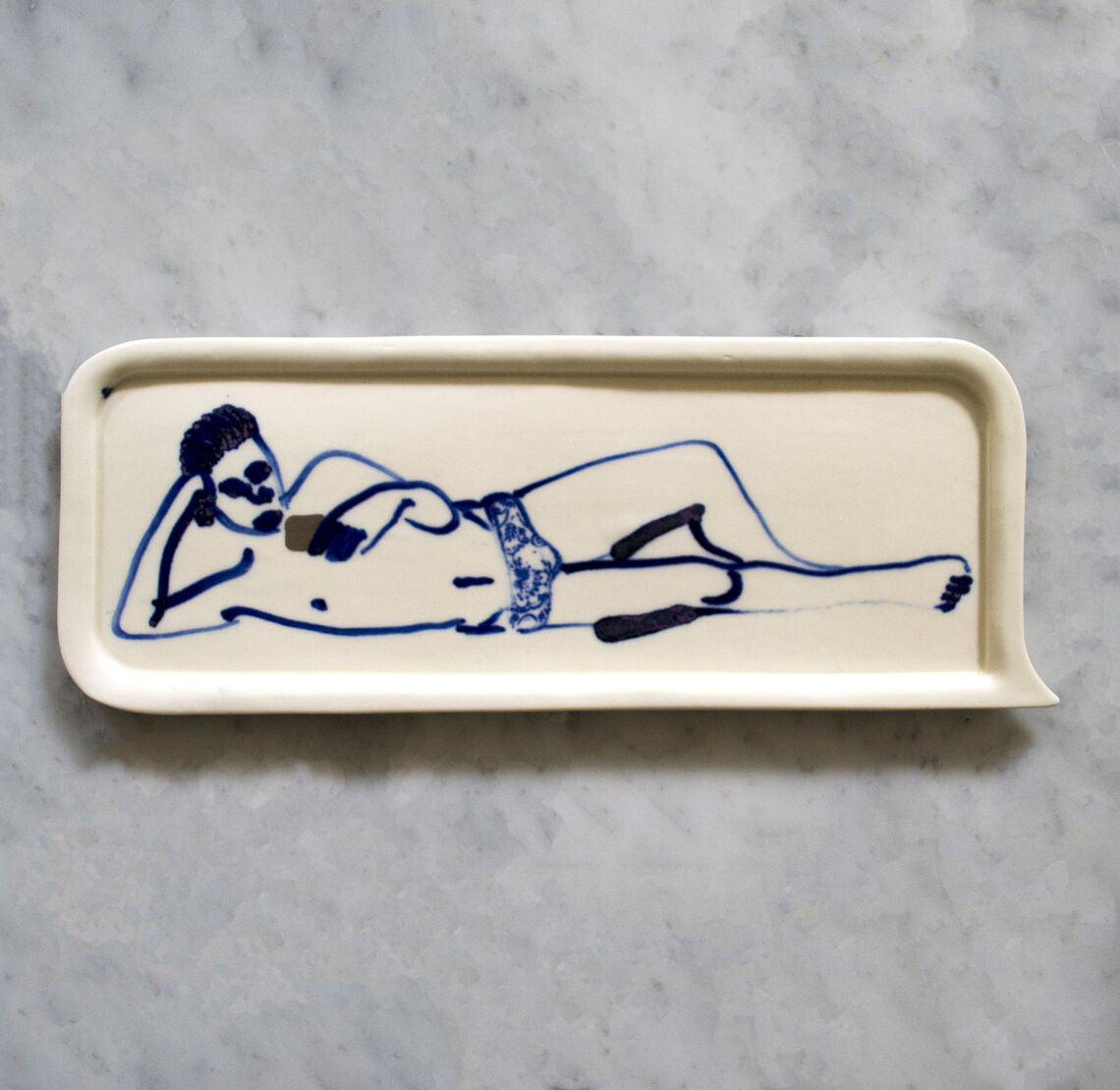 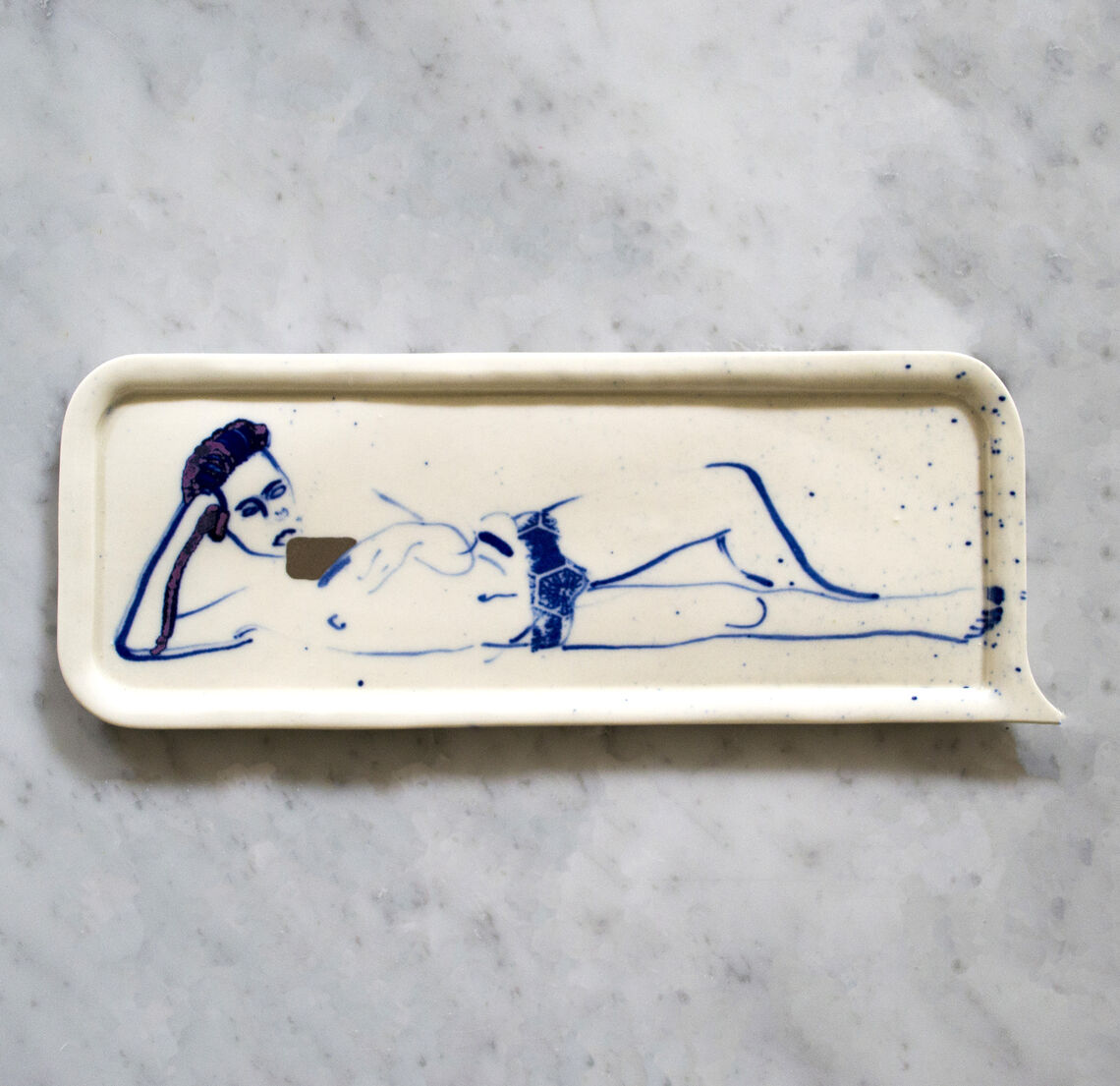 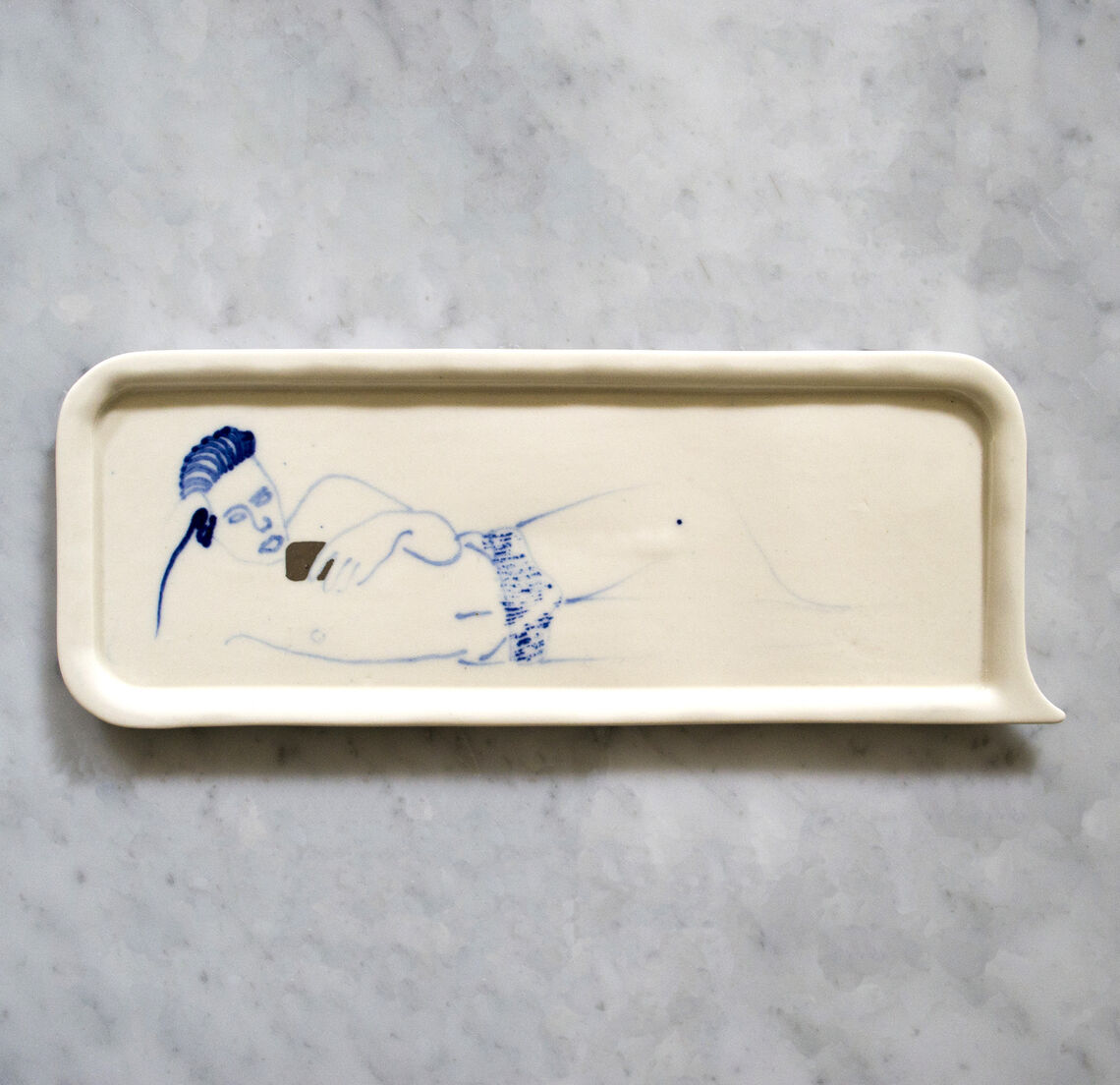 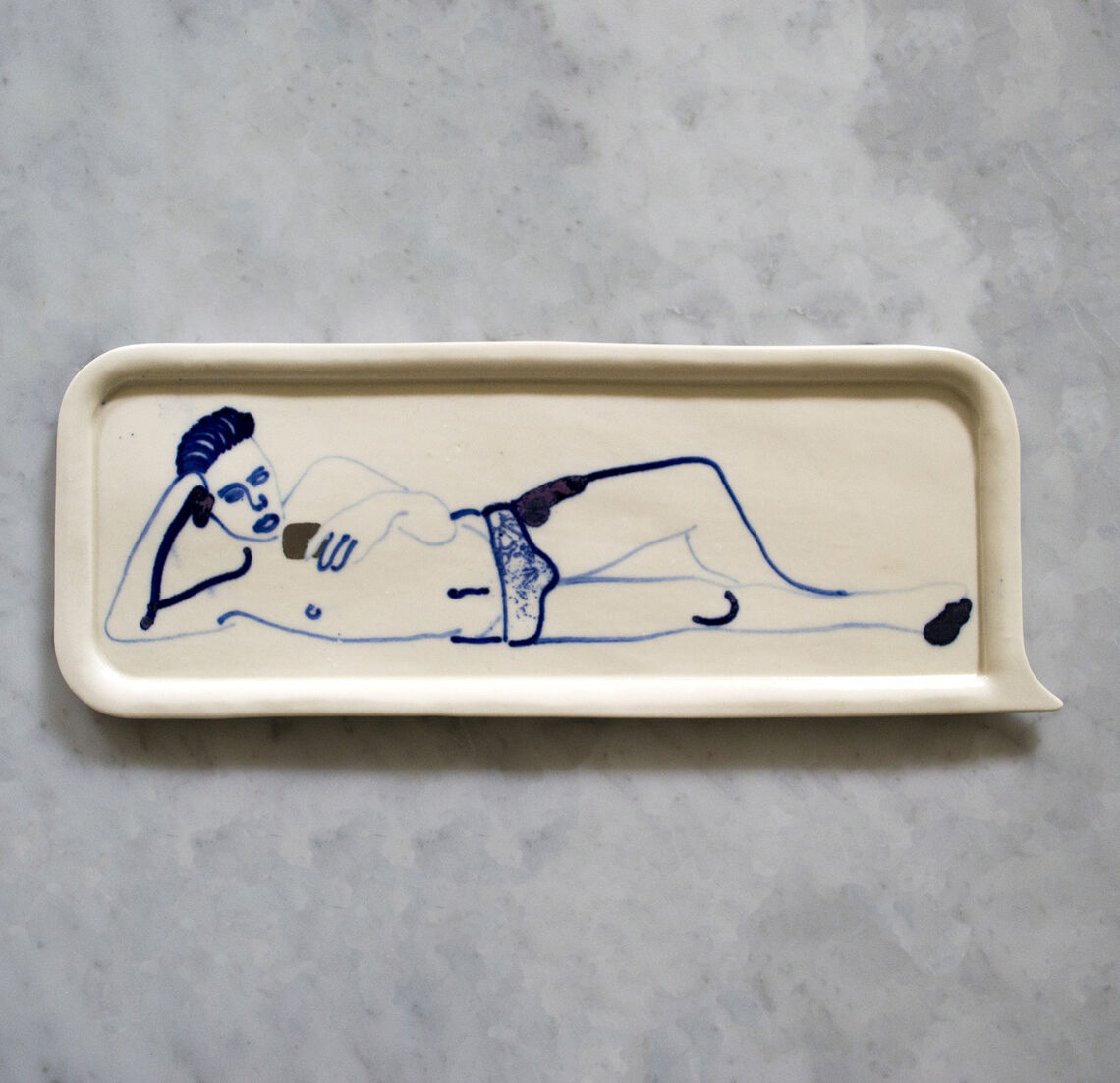 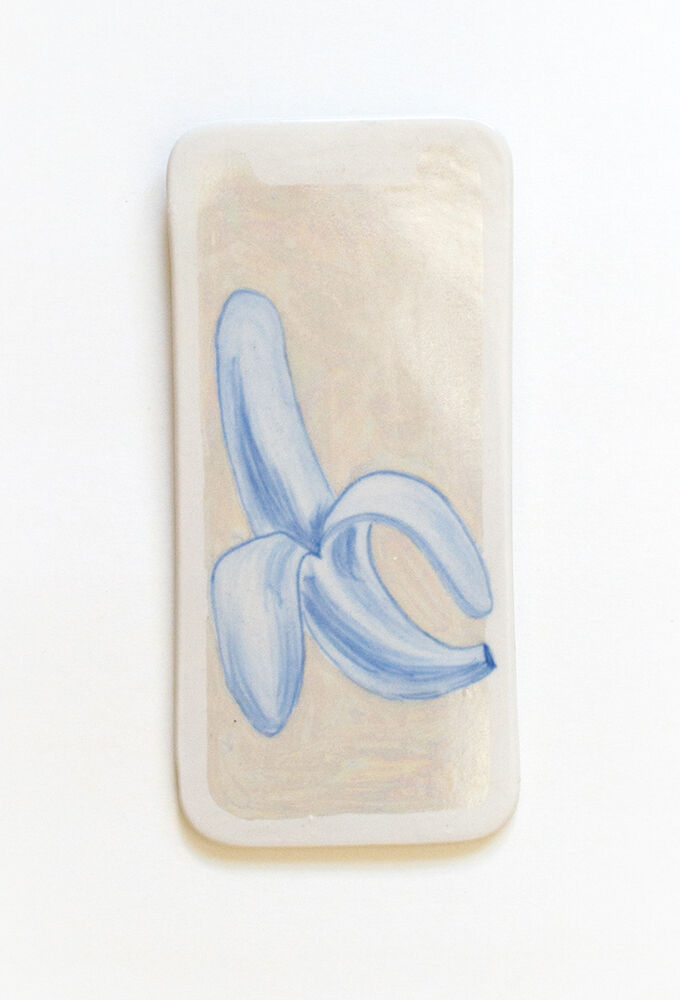 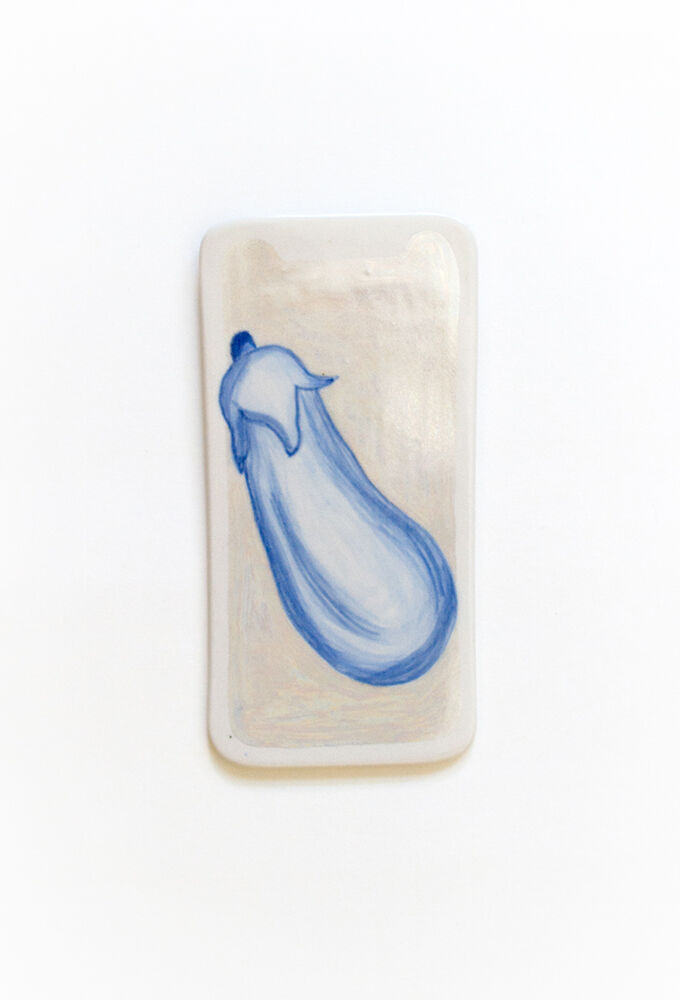 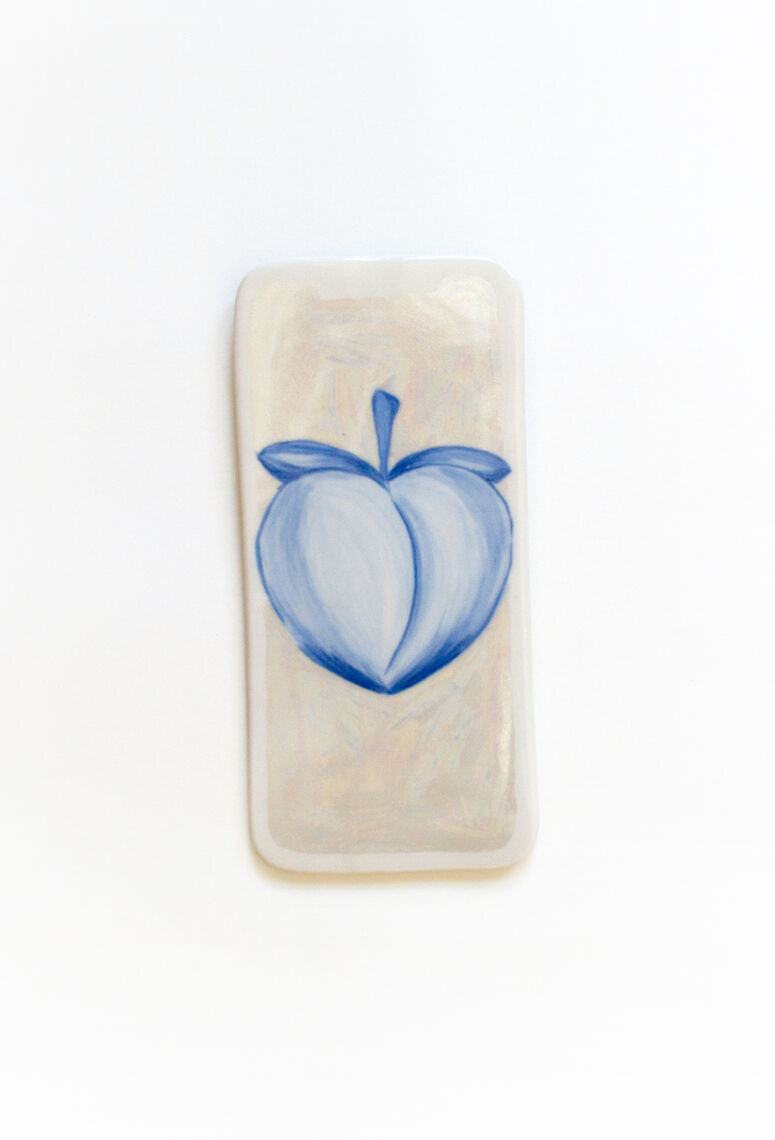 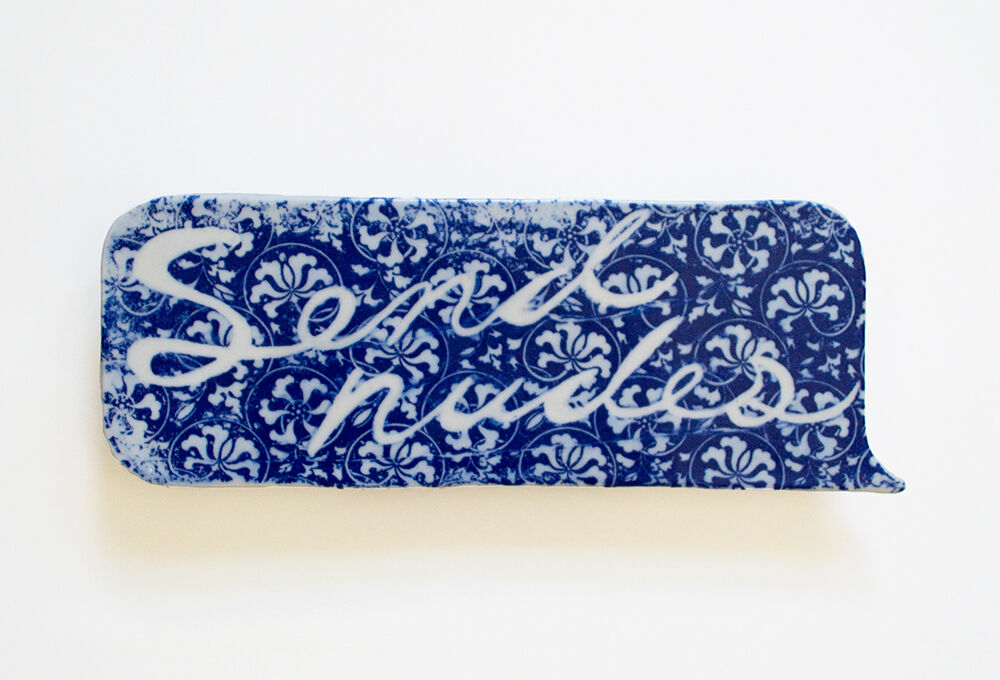 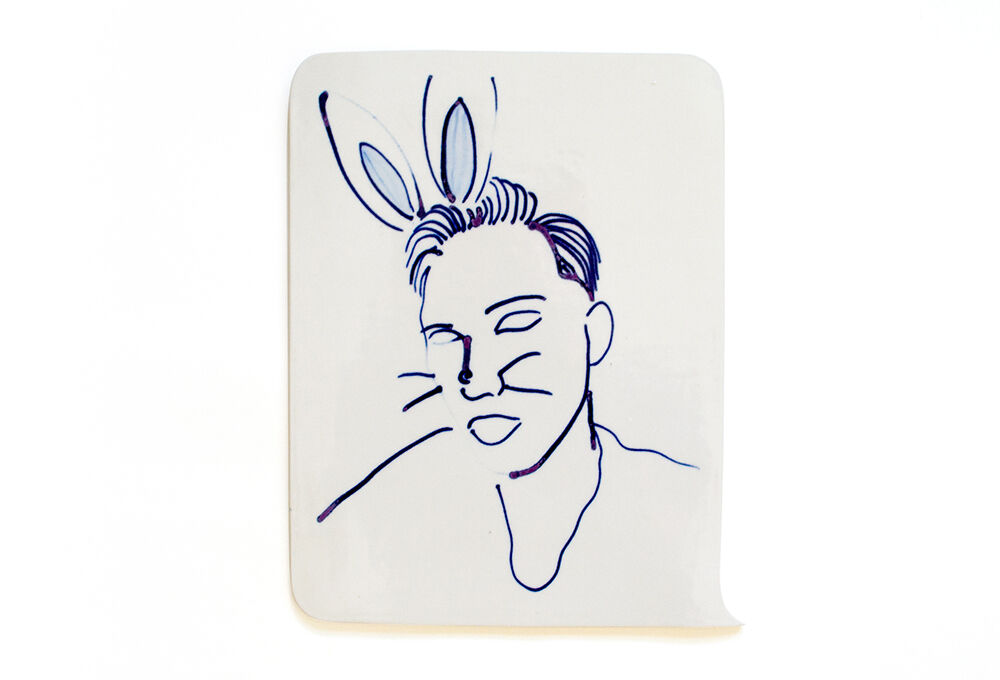 Join us to hear Adam discuss his artistic process, inspiration, and the concept behind SENT. Click LEARN MORE to join the Zoom