Peter Beard creates works of art in ceramics, bronze and stone which combine technical skill with innovation, craftsmanship with ingenuity, passion with intellect. Each piece is unique and intriguing, each invites us to look and feel, to make associations with personal experiences and recall memories from our past. They truly feed the senses and give delight.

Much of the work is inspired by nature, particularly landscape and its formation by the forces of wind and water. There are echoes of the ripples left in the sand by the retreating tide, of the growth of lichens and fungi, of the patterns in fossils, shells and seaweed. Nothing is treated literally; these are the starting points for explorations which Peter develops in his studio, sometimes over many years.

An equally powerful influence in his work has been the art of ancient Egypt, evident in many of the forms of his vessels and particularly in their glazes. The result can be a striking blend of ancient and modern, timeless objects which will resonate in a thousand years as strongly as they do now.

His is an evolutionary process, using a limited number of basic forms but working with pattern and layers of colour, pushing the glazes through different firing processes to achieve subtle variations in shading and blistering. His colour palette shifts between pale greens and soft blues, the cool, delicate shades of nature so that although some of the pieces are massive and heavy, they can appear light, even fragile.

These qualities resonate in his bronze and stone work but rely on the boldness of metal and the qualities of the natural materials.

Peter Beard’s work demonstrates conviction and power. This is the work of a mature artist, drawing on years of experience and yet it is ever innovative and inventive. The winner of many prestigious international awards, and with works collected and shown by major galleries and museums across the world, Peter Beard’s reputation as an exceptional artist is well established and his works are highly acclaimed and sought after.

~ David Dewing, Historian and Director of the Geffrye Museum London

British ceramist Peter Beard has been a Fellow of the Craft Potters Association since 1976 and a member of the International Academy of Ceramics since 1999. Beard studied industrial design and furniture design at Ravensbourne College of Art in London from 1970–73. In 1975 he opened his first studio in Kent, making one-of-a-kind pieces. 1996 he was awarded the INAX European Design Prize in Japan and in 2002 he won a Silver Medal at the International Biennale of Ceramic Art in Vallauris, France. He also published a book, Resist and Masking Techniques in 1996. 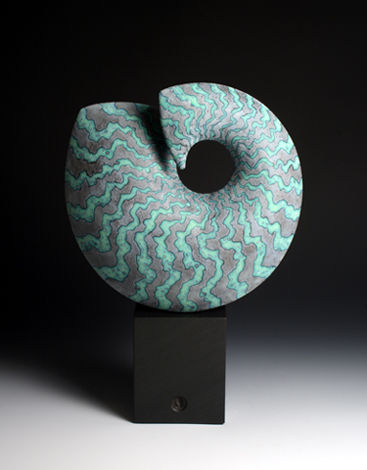 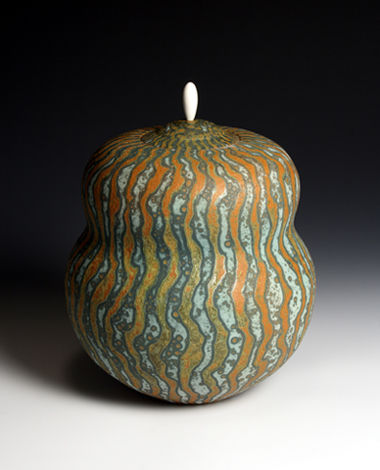