Porelli began his expressive experience as a painter, taking his degree at the Academy of Fine Arts in Rome, then turned to ceramic sculpture in response to a need for physicality, volume and chromatic material. According to Porelli, “I have always used an anthropomorphic figure as a metaphor for reality, an amalgamation of personal experience, perceptual aspects and art-historical idioms.”

With his sculpture, Porelli wants to provide access to an archetypal dimension of reality, condensing surrealist contaminations, Pop proliferations and archaic symbolism in his visual language. The anthropomorphic inventions that he elaborates produce an estrangement effect of the figuration, creating iconographic absurdities and a new mythology of the present. With his human repertory, Porelli emphasizes the critical issues of contemporary mankind and all the phenomena that underlie society, including the unsustainability of civilization as a development model and its incompatibility with nature. His sculpture becomes an example of cultural eclecticism and historical nomadism, representing stylistically the expressive globalization of creation. In addition to painting, Porelli’s work finds its preferred expressive technique in ceramics, both for the connection of this material with the ancestral roots of man, and due to its versatility, which offers him the opportunity to express current, modern and contemporary concepts.

Sculptures produced primarily with slip-cast or press molds, taken from historical figurines or 3-D scans of contemporary individuals, serve as a pretext to realize a transformation and arrive at a sculptural subject that is both individual and original. A constant of the variations that propel the sculptures towards continuous regeneration is the attempt to establish the stroboscopic range of human essence. A prolific group of complementary figures is formed that fills the void between two opposed poles of existence.

While at The Clay Studio, Porelli will be expanding an installation “From Stereotype to Archetype” composed of slip-cast figures from 3-D printed models. For the first time, he will also be experimenting with working directly on 3-D printed figures in clay in larger-scale.

Paolo Porelli, Rome Italy (1966). After graduating in painting (Accademia di Belle Arti di Roma, Italy), Porelli began a period of experimentation in ceramics in which he identified an anthropomorphic figure as his preferred expressive form. Clay remains his principal medium, although he often integrates ‘ready-mades’ in his sculptures as well as casts of found objects. Life-size to small-scale figures stand alone or in installations.
Co-founder of CRETA Rome (2012), a centre for ceramics and fine arts which offers short-term residencies to international artists. In 2021, he was elected a member of the International Academy of Ceramics.

From Stereotype to Archetype 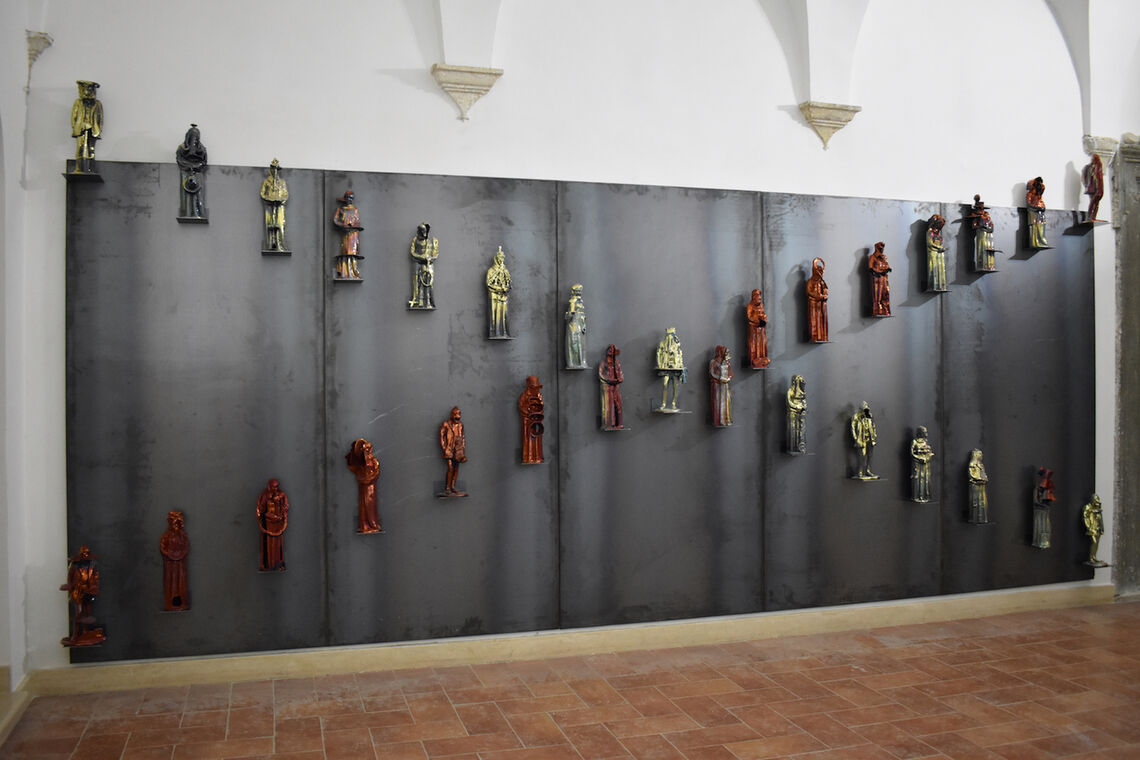 From Stereotype to Archetype 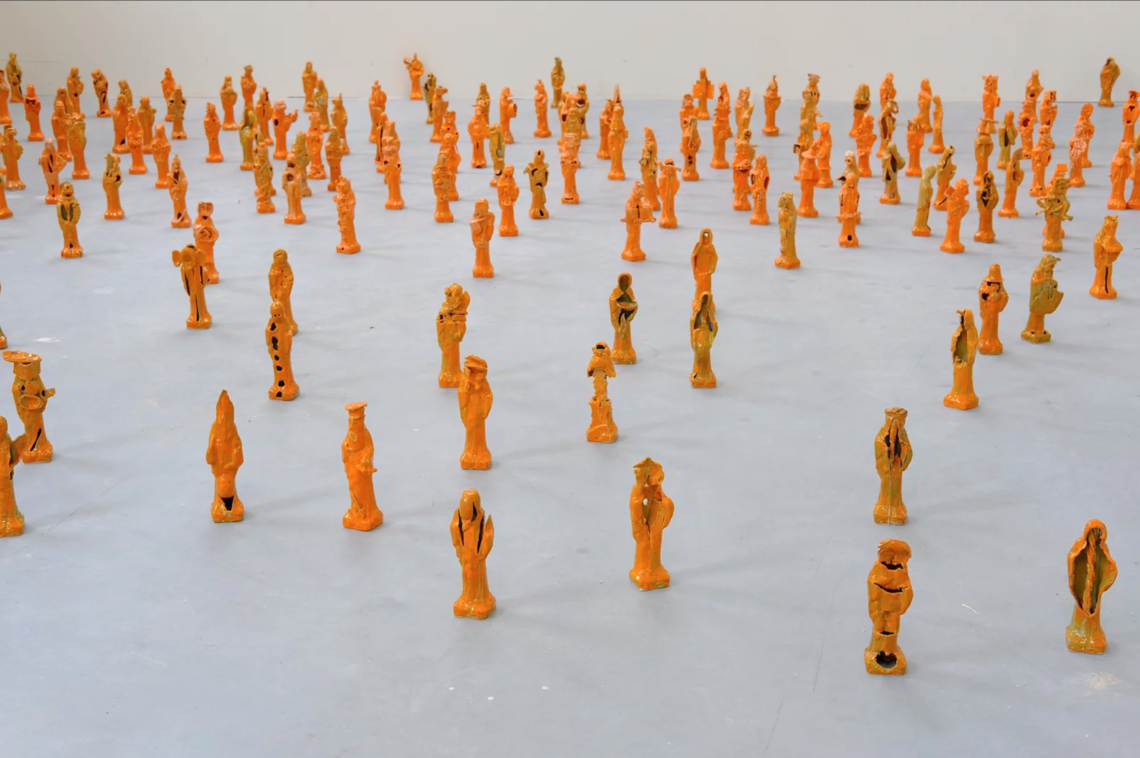 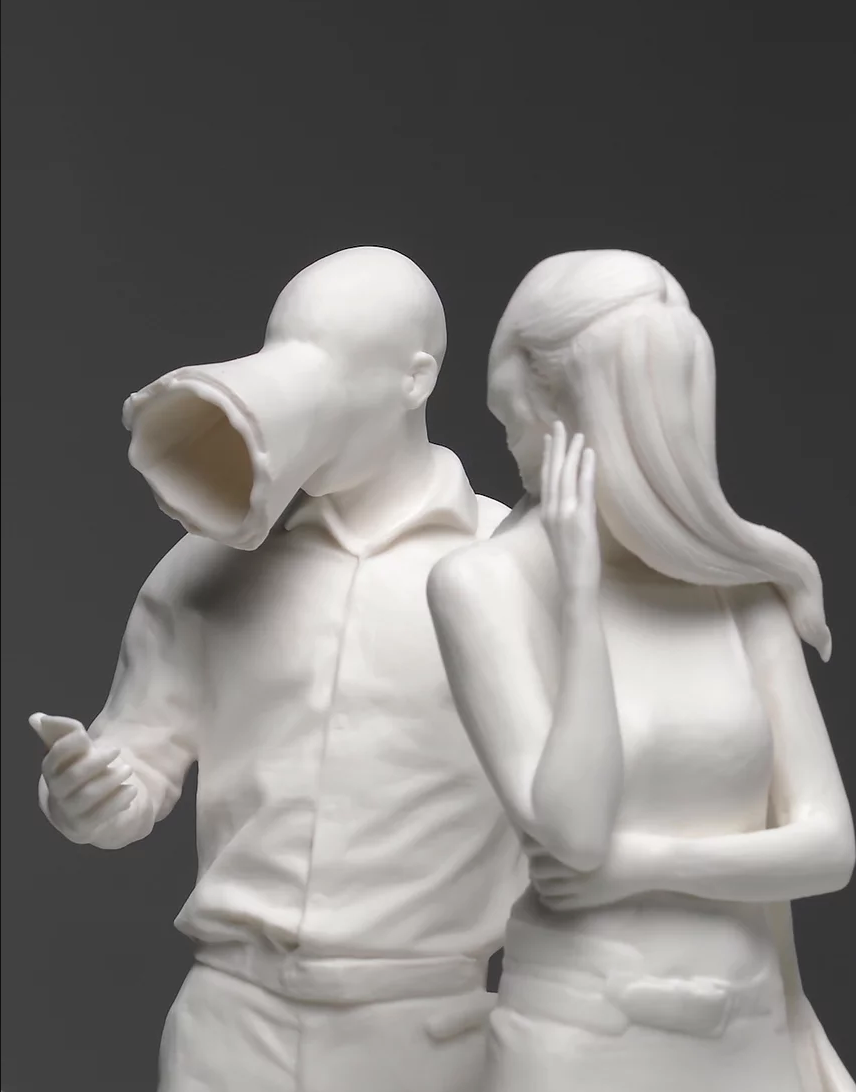 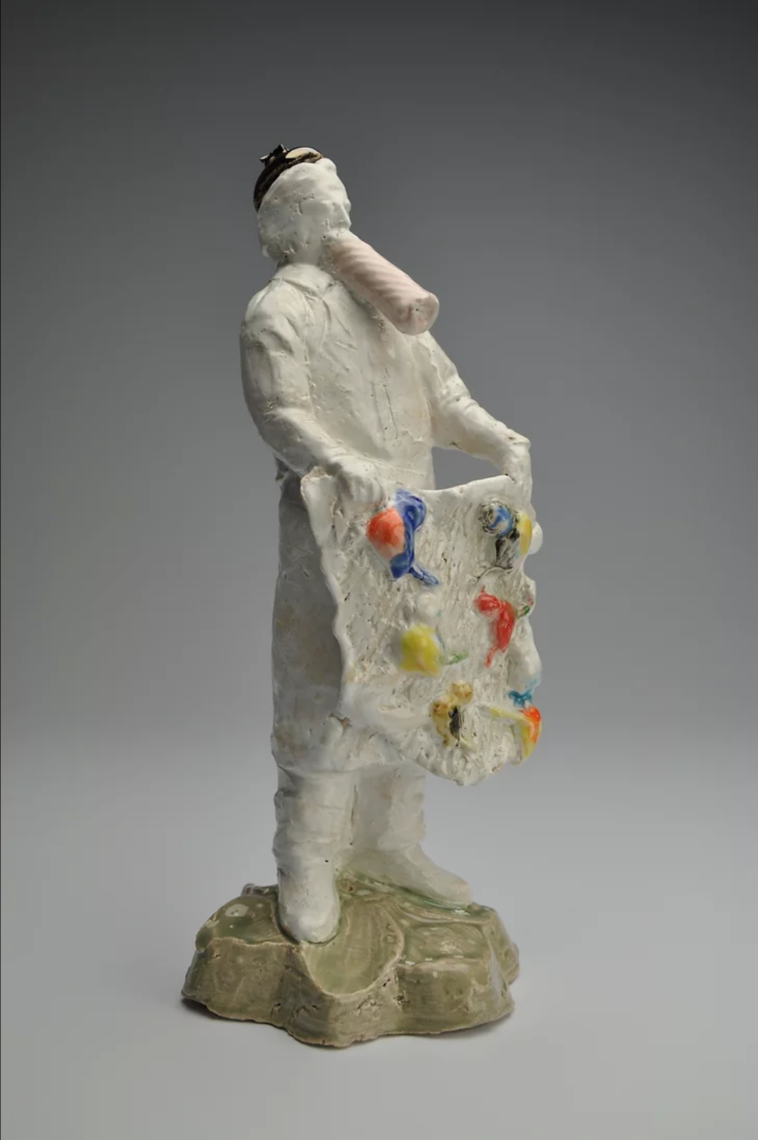 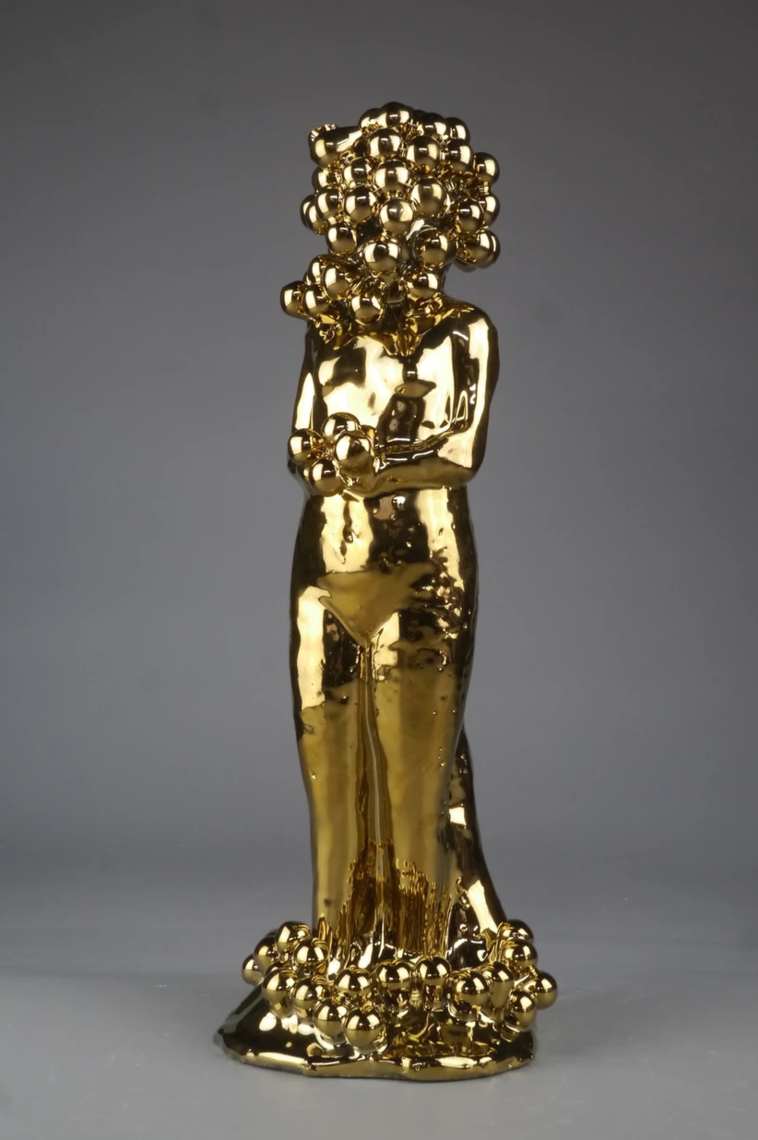 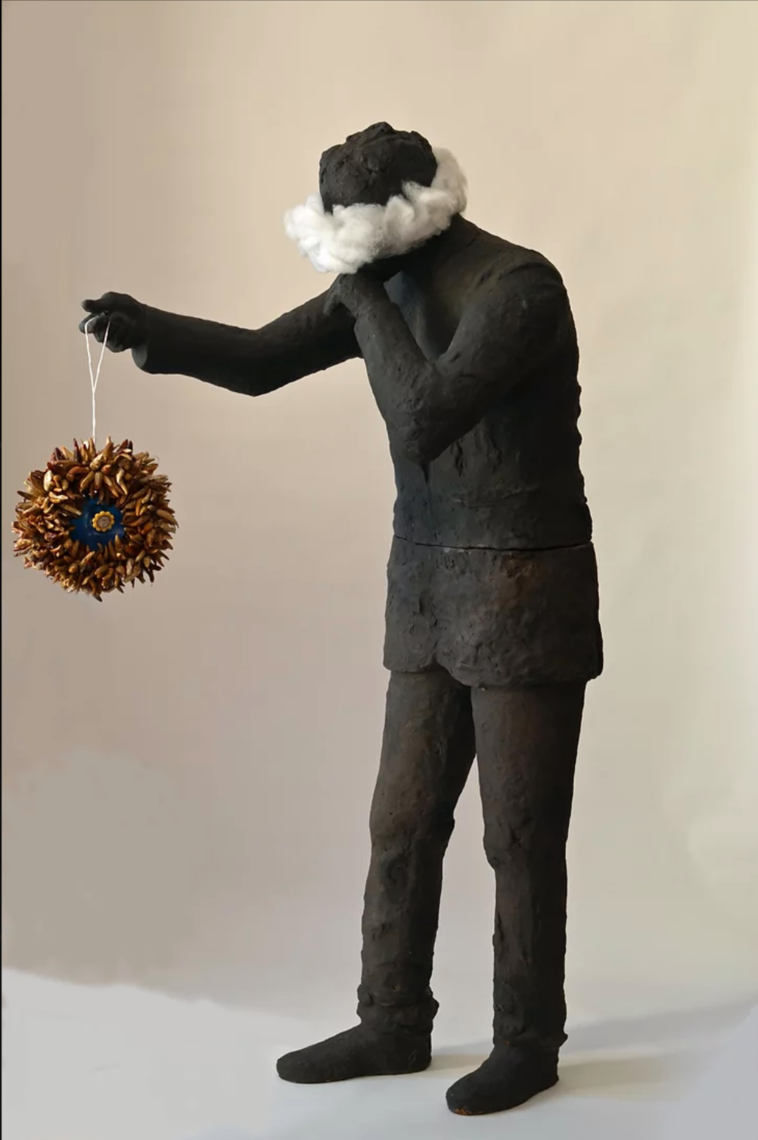 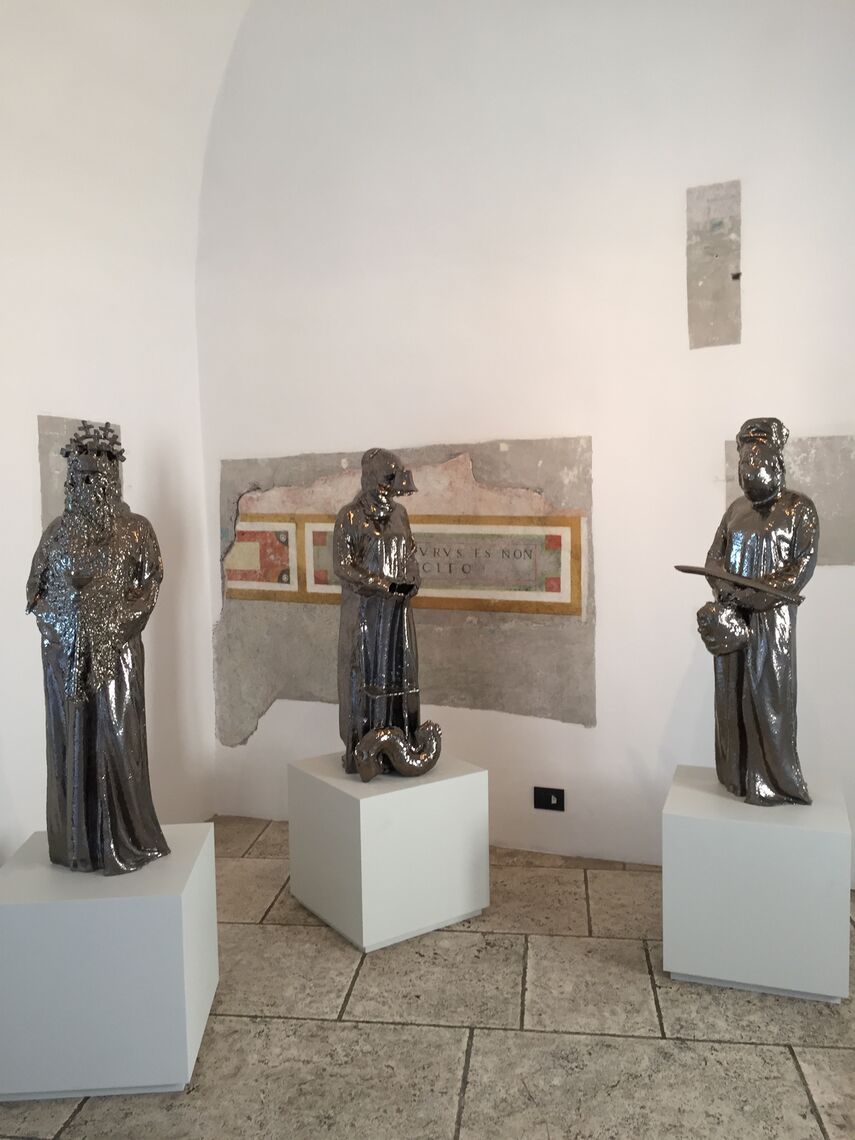