In accordance with city guidelines, The Clay Studio requires everyone to wear masks inside the building.

Growing up in South Korea with a strict moral code influenced my interest in using symbols to communicate, as the message is disguised through another language only those that know could understand.

My background studies of graphic design further enhanced my knowledge of how to utilize color, line, shape, and form, so that I can manipulate, cut up, and reshape the context of what the viewer is seeing. With clay I find that I am able to create sculpture that remains abstract yet references the human form, which I understand to be complex and exists with many layers composed of histories, experiences and emotions.

Through the mash up of 2-D and 3-D work I explore issues relative to my life, including gender binaries, and how memory affects our perception, and conscious decision making.

Jinsik Yoo is a figurative ceramic sculptor from Daejon, South Korea. He received his BFA in graphic design from Konkuk University in Seoul, South Korea. He then worked as a graphic designer before returning to Konkuk University as a special graduate student studying ceramics. Yoo then moved to the United States in 2017 to pursue his MFA at the New York State College of Ceramics at Alfred University. He has exhibited and presented nationally and internationally. His studio practice involves translating photographs into paintings, which are then spliced and reassembled into three dimensional forms.

Person Sitting on the Edge 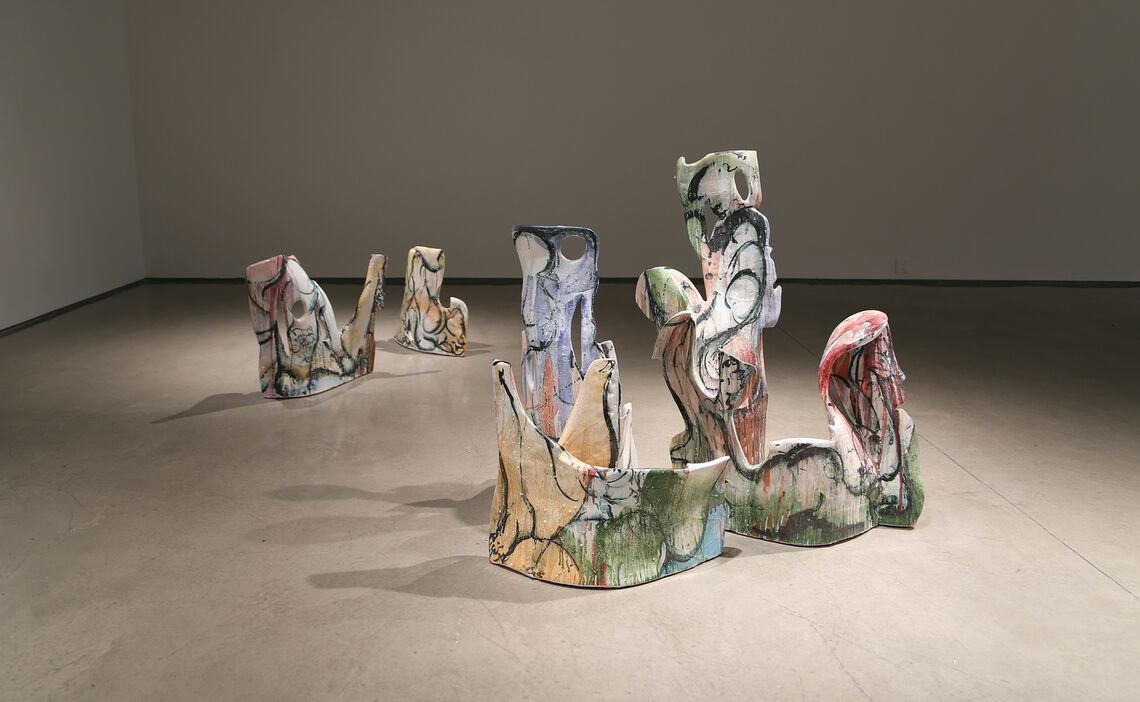 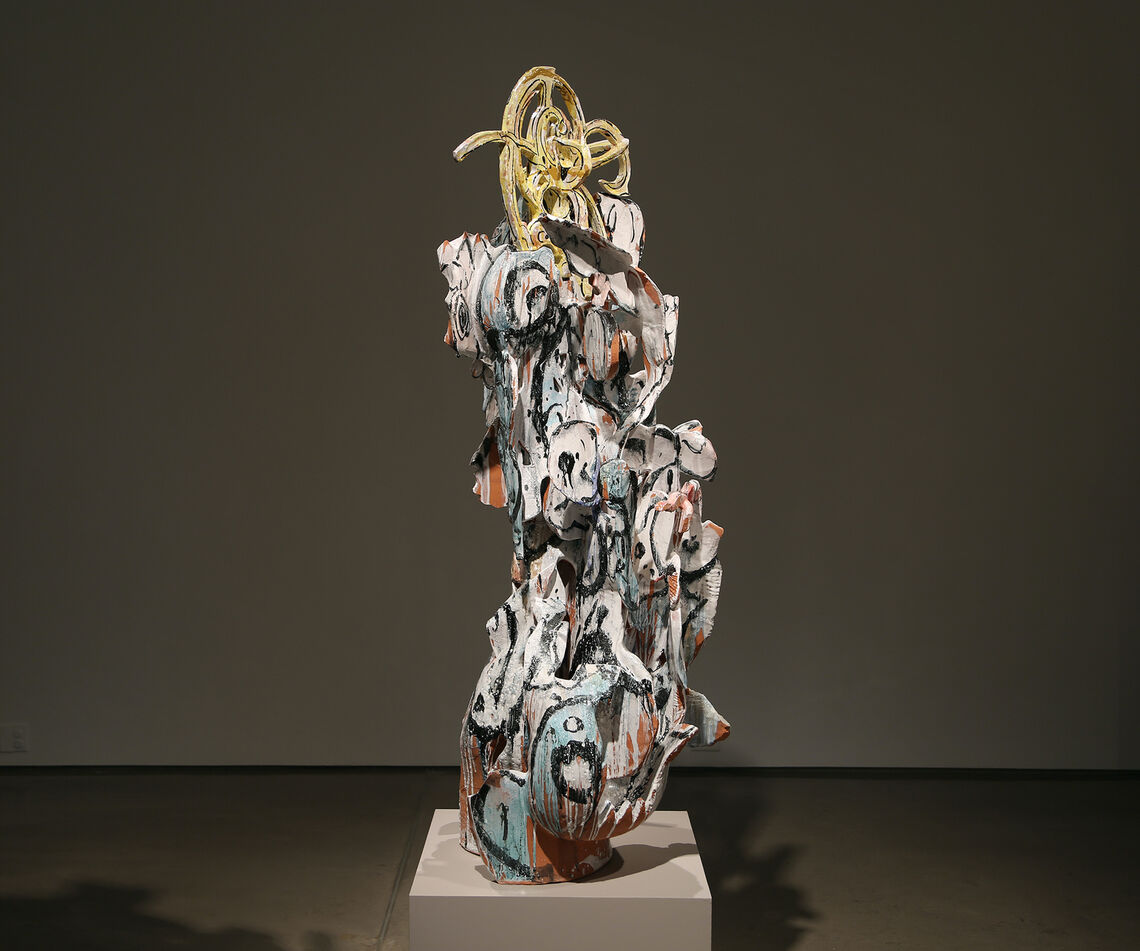 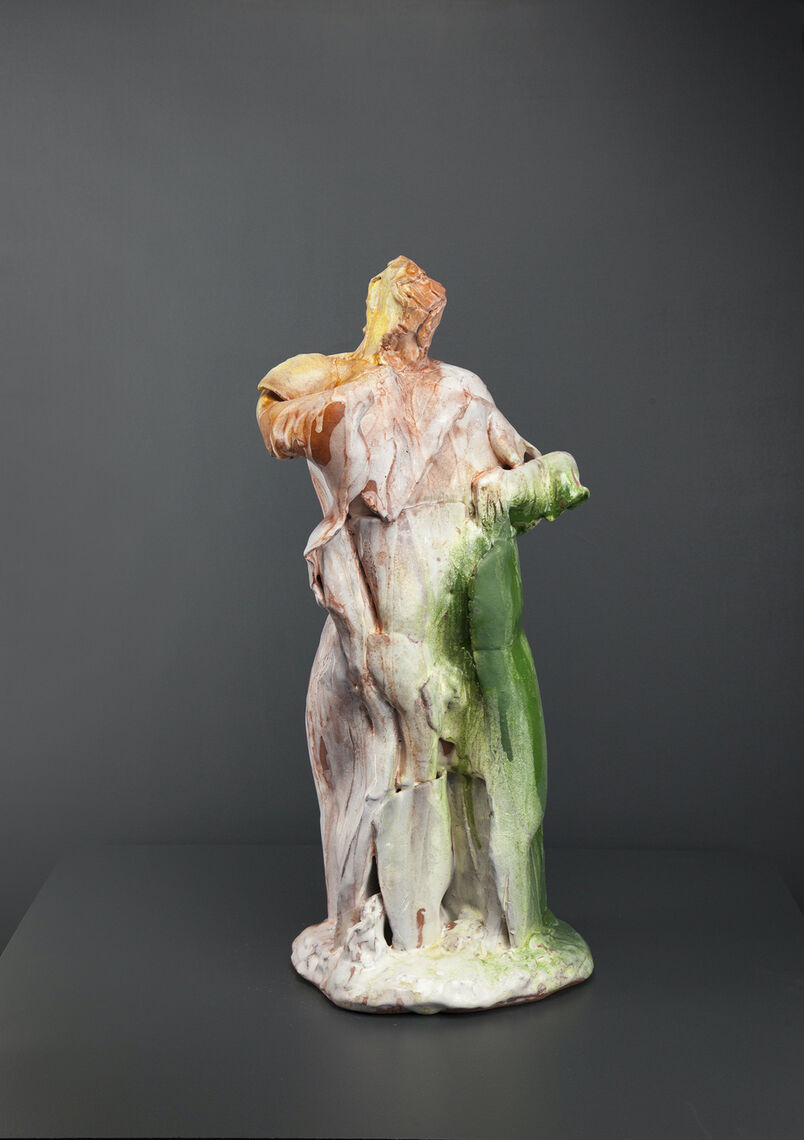 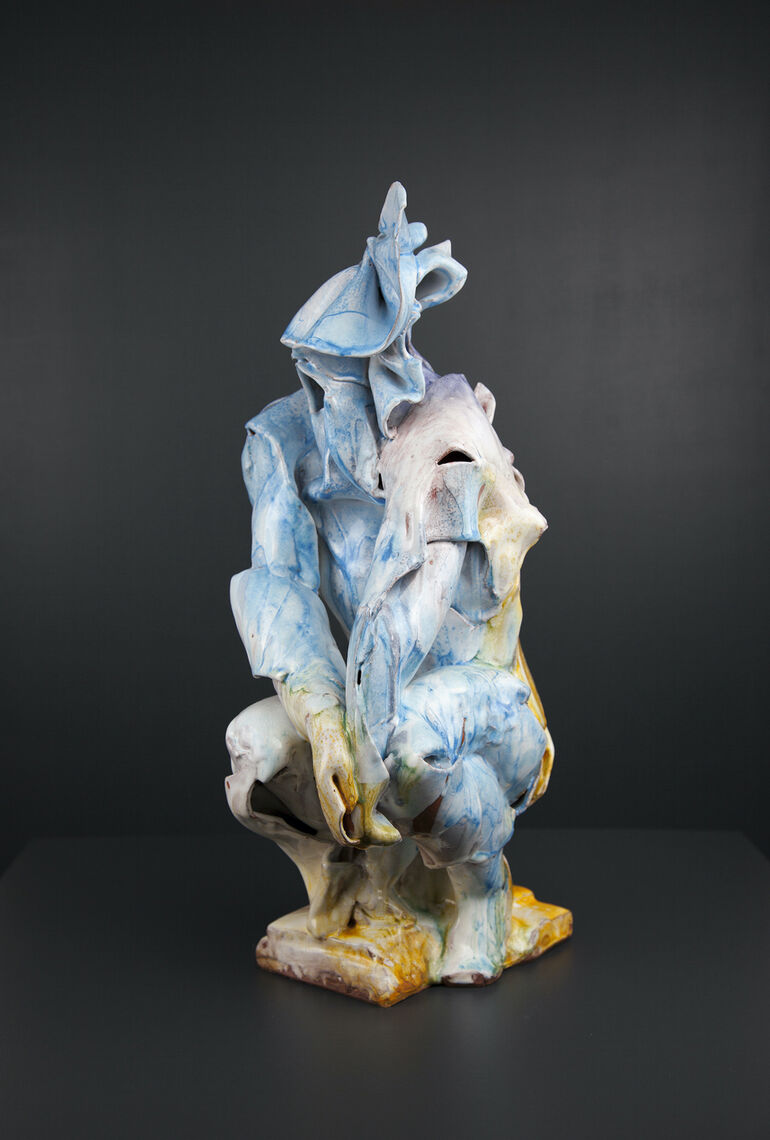 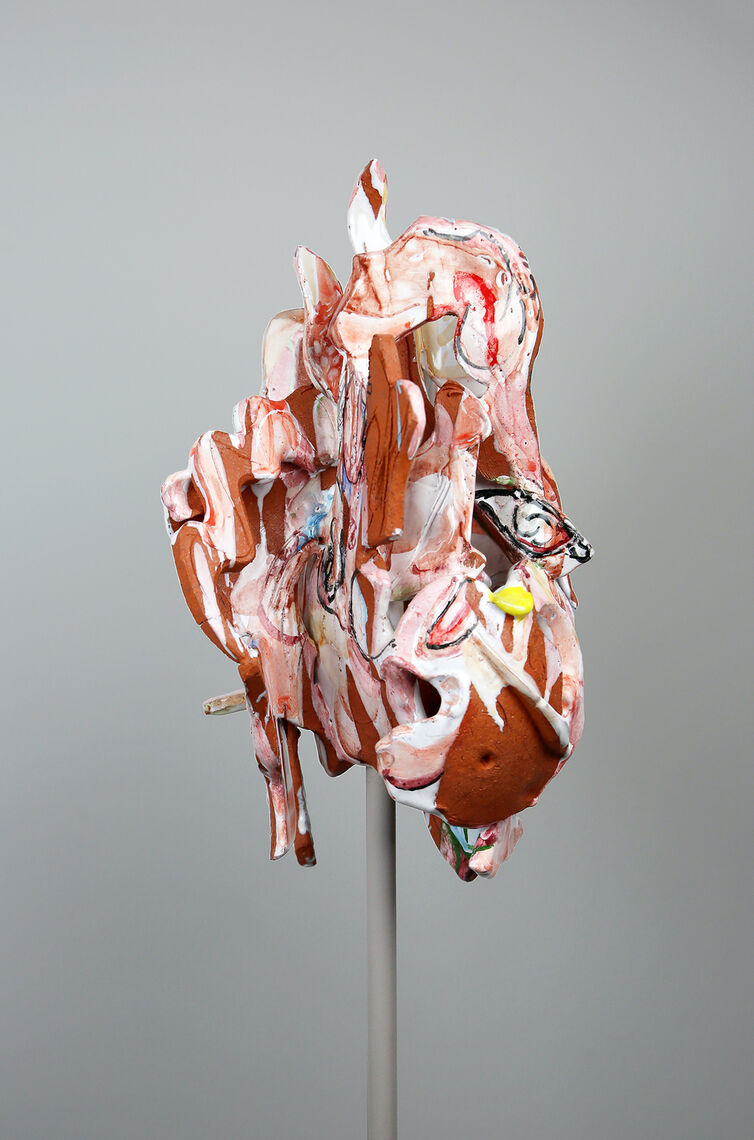 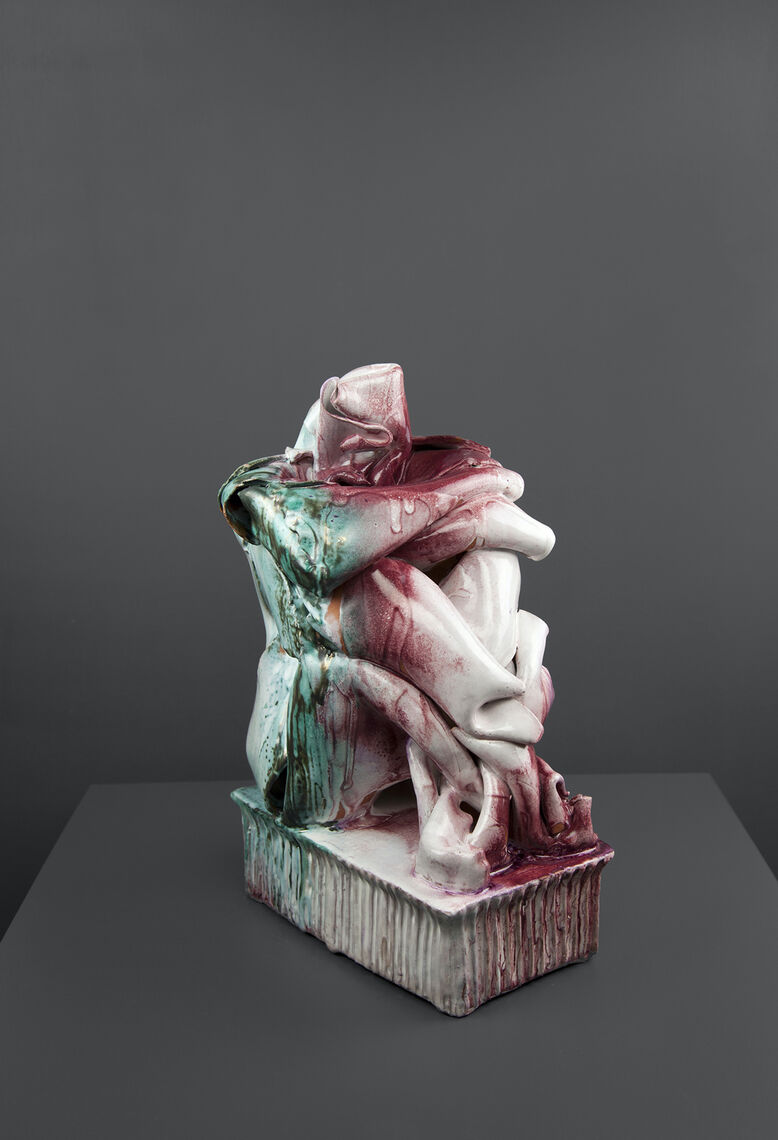 Person Sitting on the Edge 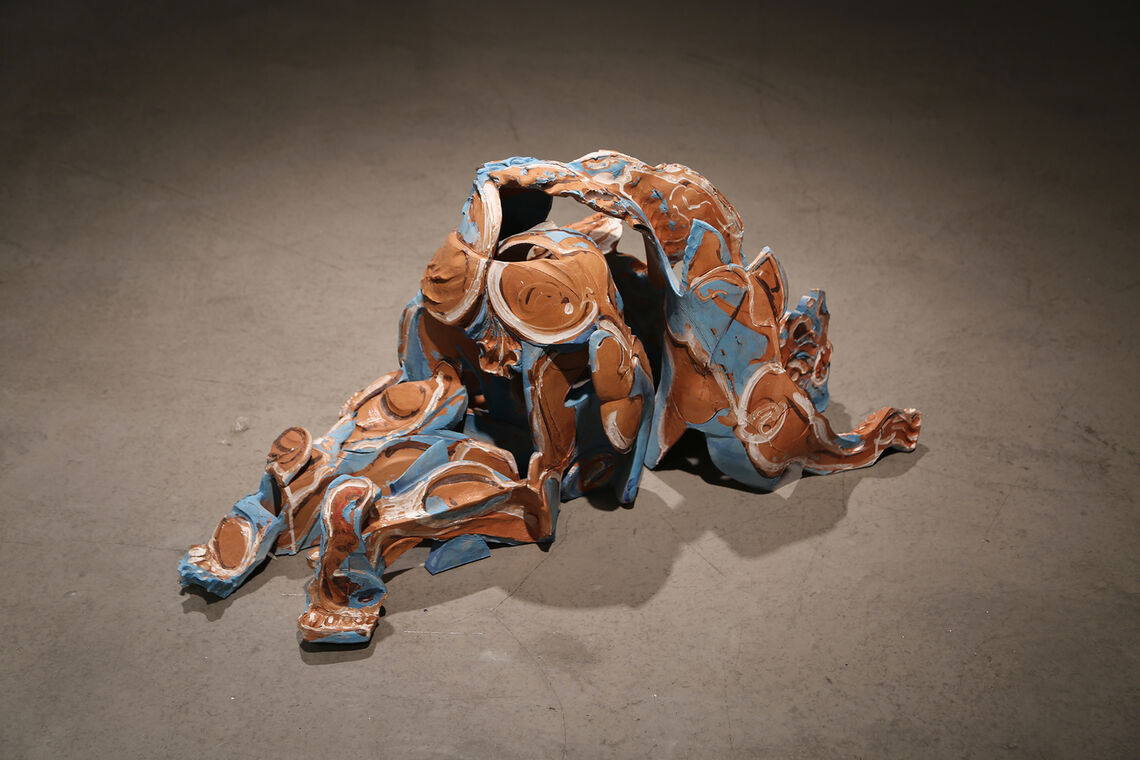 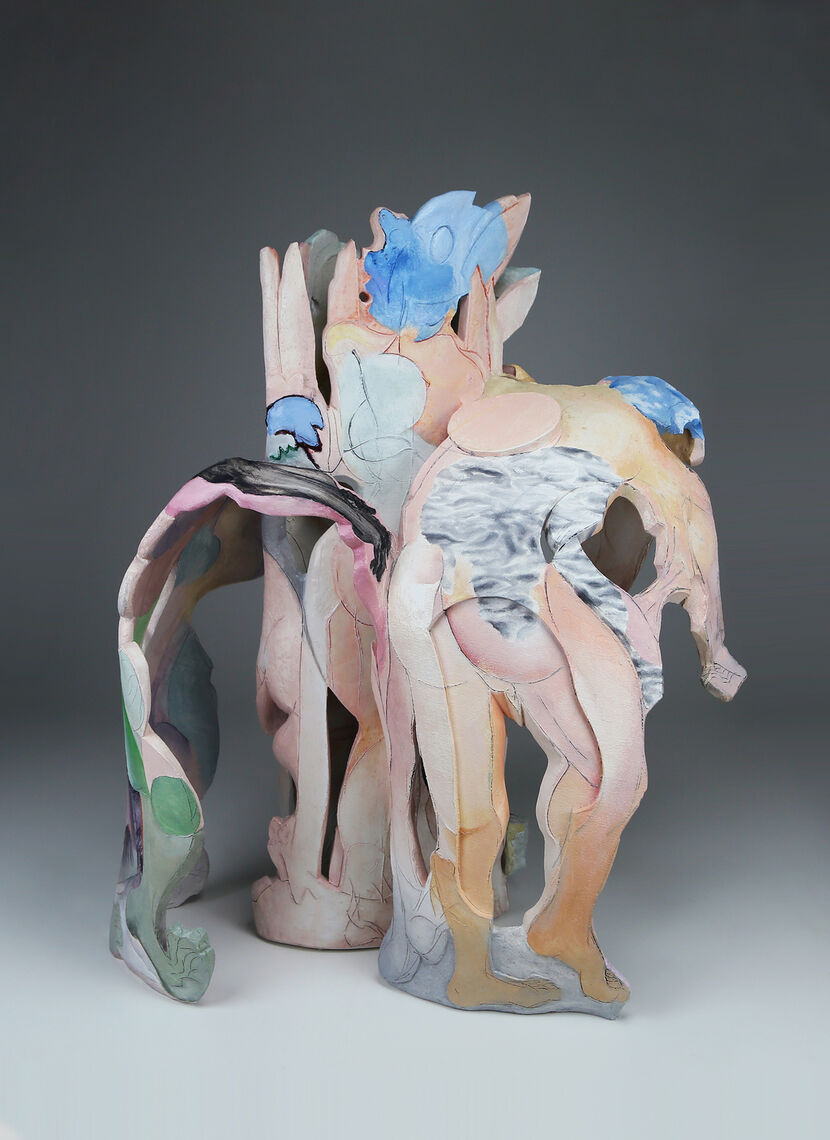