Encounters with light falling across a room at a specific time of day and relationships between seemingly unrelated objects captivate me. This fascination is manifested as a surreal sense of déjà vu. An object, or the light, creates a connection to the past. I find myself unintentionally using this cue to reconstruct some other place; the picture in my mind is vivid and momentary. These temporal visualizations coincide at the blurred nexus of personal myth; an intersection of autobiography, family history and literature.

My work explores the role of common objects –house plants, books, appliances, and keepsakes- as foundational markers for identity and memory. These objects are often juxtaposed with one another to create works that reference domestic spaces, second-hand sales, and the personal collection. The development of my studio work begins with lists that draw from these momentary occurrences. The lists form as a stream of consciousness and act as a way of drawing with words, creating imagery through text. The objects compiled on the lists are part of a larger collective memory drawn from personal narrative; signifiers of a time and a place at once familiar but radically different for each person. As the objects are removed from their original contexts and juxtaposed with others, they begin to form sculptural vignettes that suggest new stories.

I chose clay as my primary material to construct these sculptures because it can be transformed physically, chemically and metaphorically at every stage of the process. My work borders on trompe l'oeil but the evidence of tool marks and incidental contact with the clay remain evident, retaining a bluntness of touch. Glaze and color act as devices to both mimic and obscure reality. My intention in working with these processes and with this sense of touch is to create an illusion – a perception that what is initially seen is real. Closer investigation reveals the material presence, erasing the illusion. A correlation can be seen between the act of recollection and the transformations of the material as it distances itself from a malleable body to a permanent structure.

Construction of the spaces, which the vignettes inhabit, varies. Large-scale works may fill an entire gallery with sculptures that act as short stories on their own and as part of a larger narrative together. I have begun to see the objects within sculptures as inter-changeable, acting as signifiers or nouns from which to build many narratives. In these instances, the assemblages are photographed in a constructed space, preserving a moment in time and light. The photographs form the context of a memory while the objects are relegated to an index of artifacts.

Dennis received his BFA from Tyler School of Art, Philadelphia and is currently an MFA candidate at the New York State College of Ceramics at Alfred University. 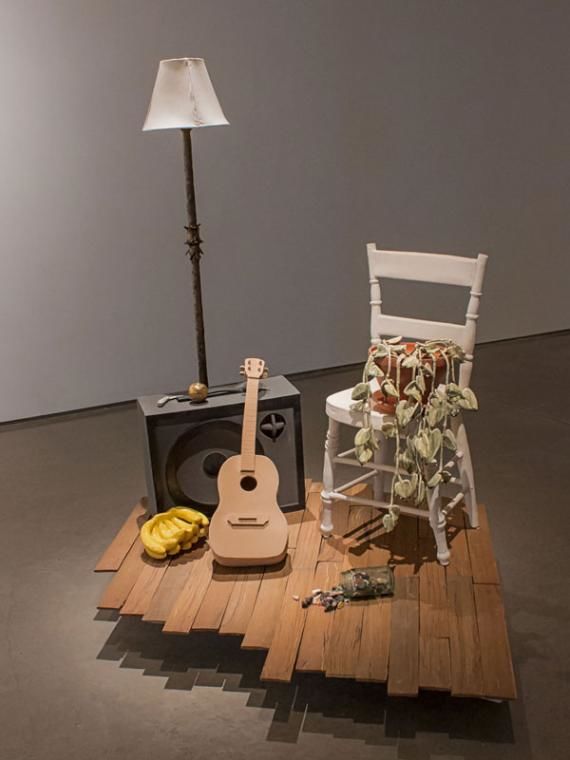 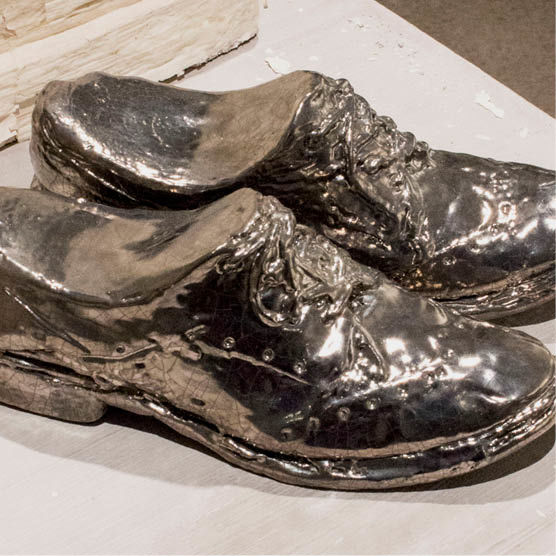