Summer Classes began July 5th and will continue through August 29.

Arina Ailincai is a truly international artist. She was raised, educated and began her artistic career in Eastern Europe, Romania. In the 1980s she crossed the Atlantic and settled in Canada,where she was soon acknowledged as one of its most talented artists working in clay. She exhibited and lectured in the United States. Over the last several good years, she has been invited to work, exhibit, and lecture at major ceramic art centers and international events in Europe (Denmark, Estonia, Latvia, France, Italy, Germany, Switzerland, Hungary, Romania, Croatia, Turkey) and in China, Taiwan, Japan and South Korea.

Arina Ailincai’s art focuses of the human figure, the body, which she casts using real bodies, often her own. The uncanny likeness of the ceramic sculpture to the actual body is only a starting point for the exploration, through visual means, of the universal human condition of being an embodied self. Arina Ailincai’s sculptures in clay are philosophically and metaphorically charged. The markings on the outer surface and the mysterious scripts in the hollow of the body transform the faithful replica of a particular individual into an archetypal human vessel, holding the traces of inner life, time, place and history.

My desire is to “write” a three dimensional poem to both the fragile physical body and the intangible world of our inner existence. I translate this desire into ceramic sculpture through the use of faithfully replicated, life-size clay body-casts and fragments. I press theclay into the plaster mold to create ”the shell”, a hollowed out body shape, an empty vessel, which holds the inner self, with its personal and universal history. The scripts imprinted on the interior walls of the shell, acquire symbolic and metaphoric dimensions, becoming a palimpsest of the entire human existence. 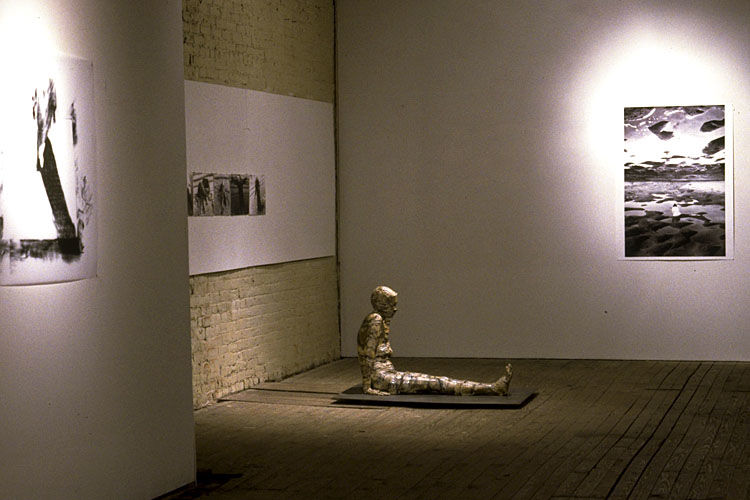 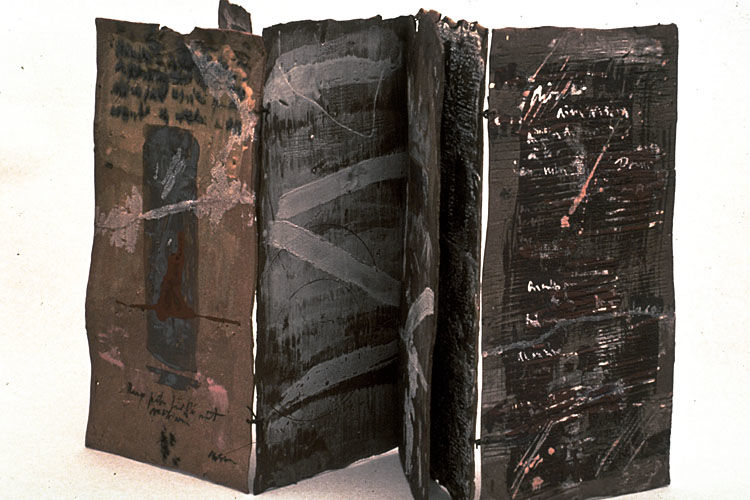 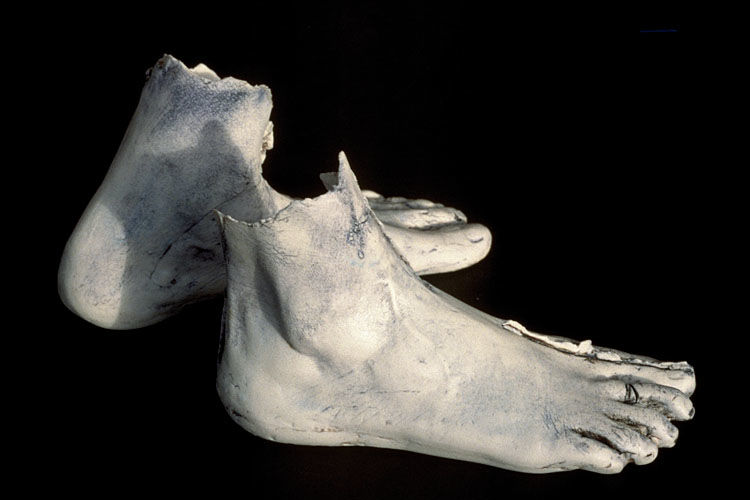 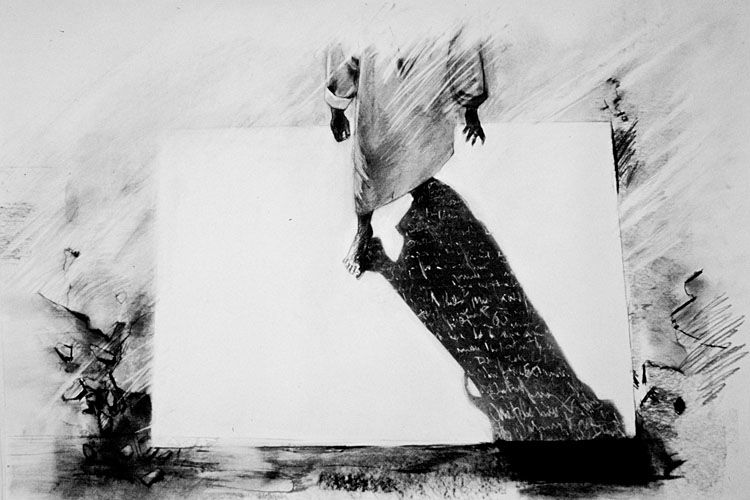