My way of working is not traditional. My objective is to create a lightness in ceramics- not only regarding weight but also visually.

My design is born from a rereading of past artistic production through a filter of formal personal sensibility directed towards the making of a functional or sculptural object. The forms generated are aesthetically accurate and display a strong sense of the real feminine character, of grace, of elegance and of attention to detail.

Thus, “Crespines”, objects originally of Faentino tradition that were used in the grand European courts of the 16th and 17th centuries, have been remade in porcelain paper clay for a collection which began in 2005.

It was challenging and exciting to create forms derivative of the past, but reconsidered with completely new techniques and philosophies.

These pieces have been formed using an incredibly thin decorative weft that ultimately creates their supporting structure: it’s an art of addition, not of subtraction, as was commonly done in the original renaissance crespines, where the perforations were created by piercing and cutting out shapes from the existing closed forms. The process involves creating freehand forms with a syringe on concave or convex refractory supports and requires a high temperature firing.

Faenza-born Antonella Cimatti was a student of Carlo Zauli at the Istituto d’Arte (State School of Ceramics) in Faenza and also received a degree with distinction from the Accademia di Belle Arti (Fine Arts Academy) in Bologna. She has been teaching Design at the Liceo Faenza since 1979 and exhibits internationally. 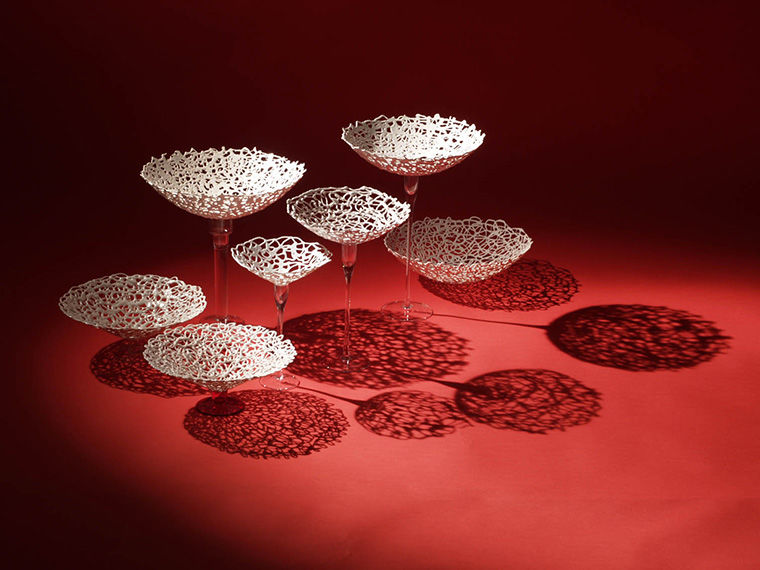 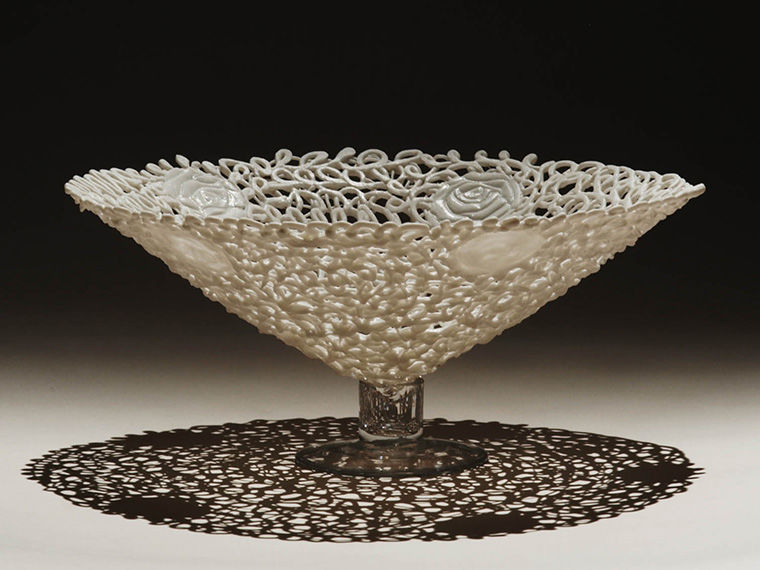