Summer Classes began July 5th and will continue through August 29.

Ann Van Hoey takes basic spatial forms as her starting point.  Enchanted by the geometrical design of Japanese zen gardens of stones and inspired by the Japanese art of origami, she developed the technique of folding thin sheets of clay.

In fact, she cuts to recompose.  The geometric placing of the incisions dictates the guiding outlines of the resulting reshape of the perfect simplicity of the hemisphere, thus suggesting a growing tension between the restructured object and the perception of spatial capacity, steeped in the interplay between its paper-thin delicacy and the crude aesthetics of the raw earth.  And while the cuts are straight, they are warped, bending and curving, to the convexity of the bowl.

The result is a deliberately minimalistic demonstration of purity, form, simplicity, sobriety, efficiency and clarity of line, a paragon of geometric and mathematical relentlessness, from which the power of the basic material, clay, radiates.

For the pieces of her ‘Earthenware Ferrari’ series, she fuses the ancient process of producing earthenware vessels with a strikingly unexpected surface of Ferrari car paint, combining traditional materiality with industrial innovation, ultimately inviting reflection on the balance between craftsmanship and capitalistic consumerism. 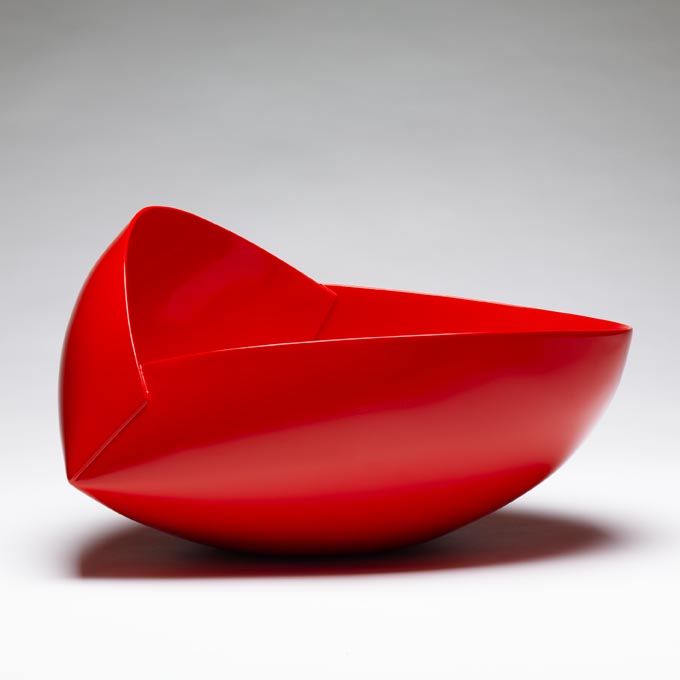 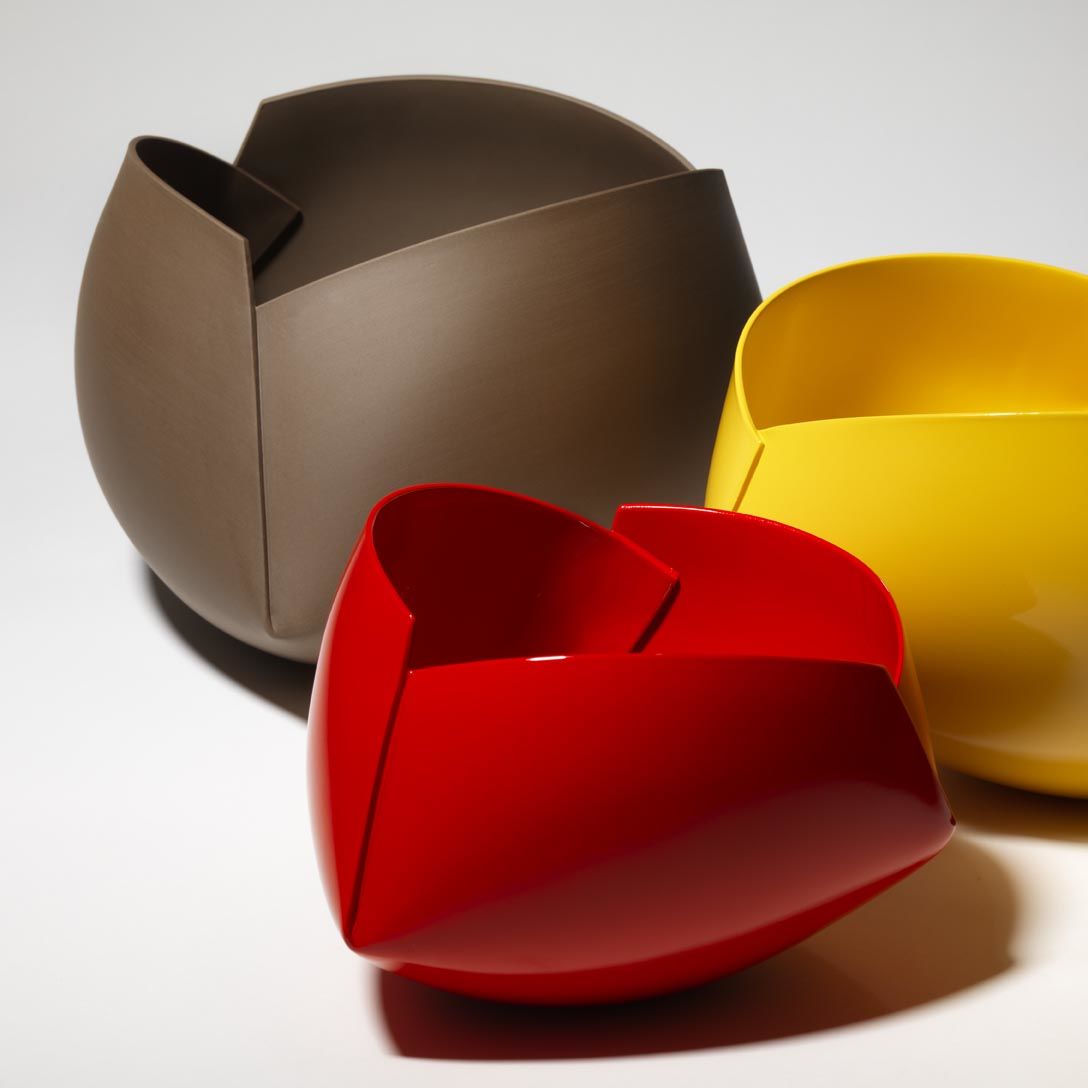 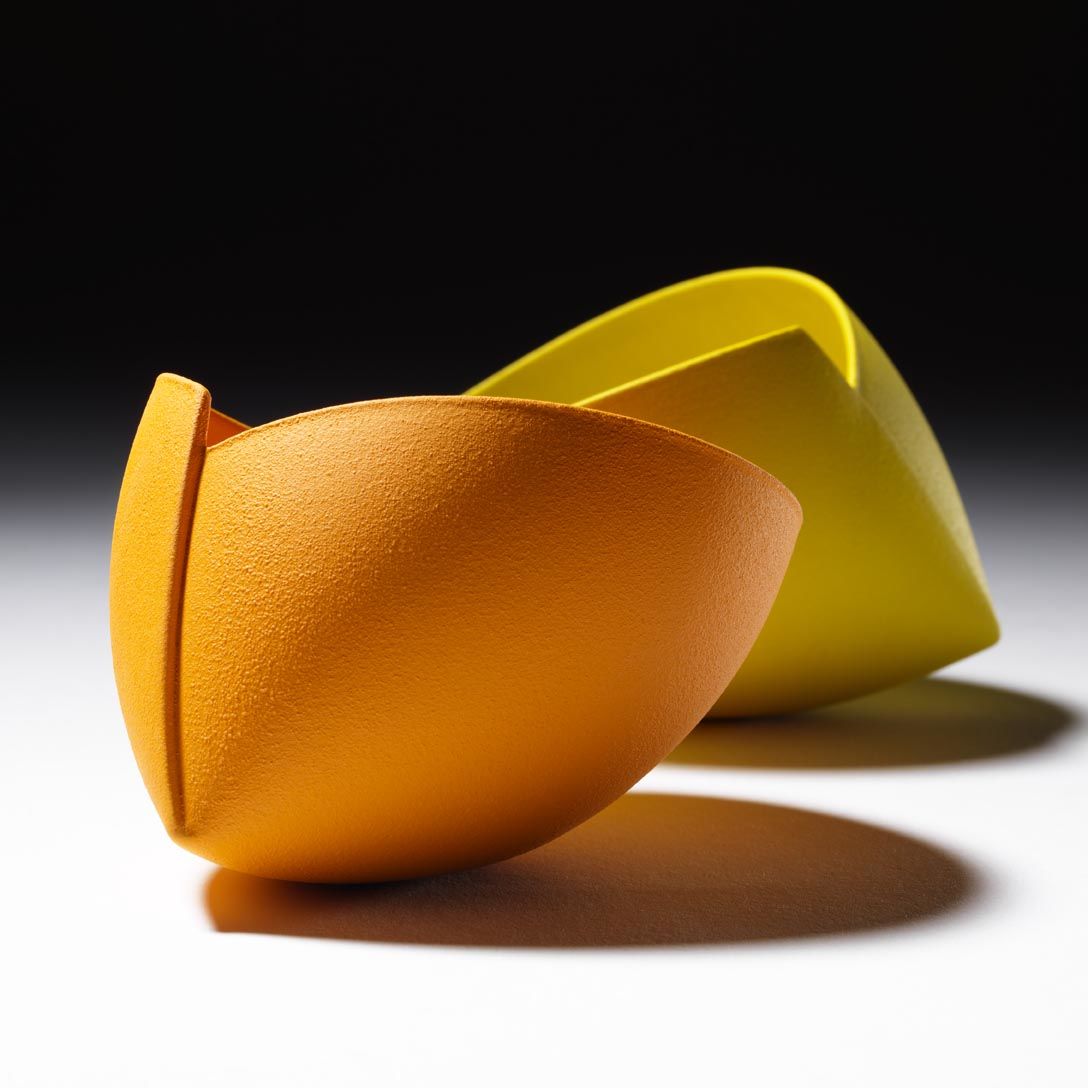 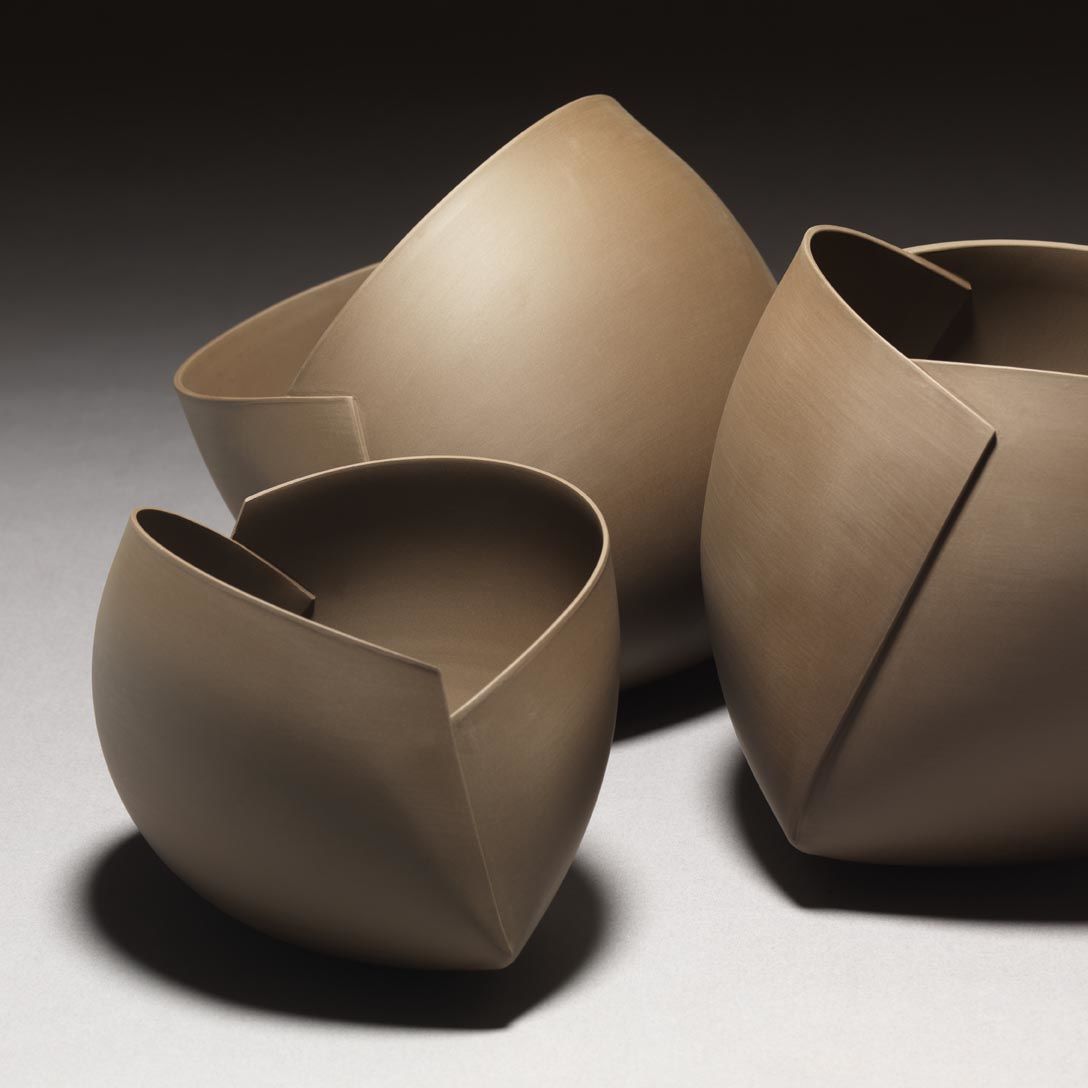 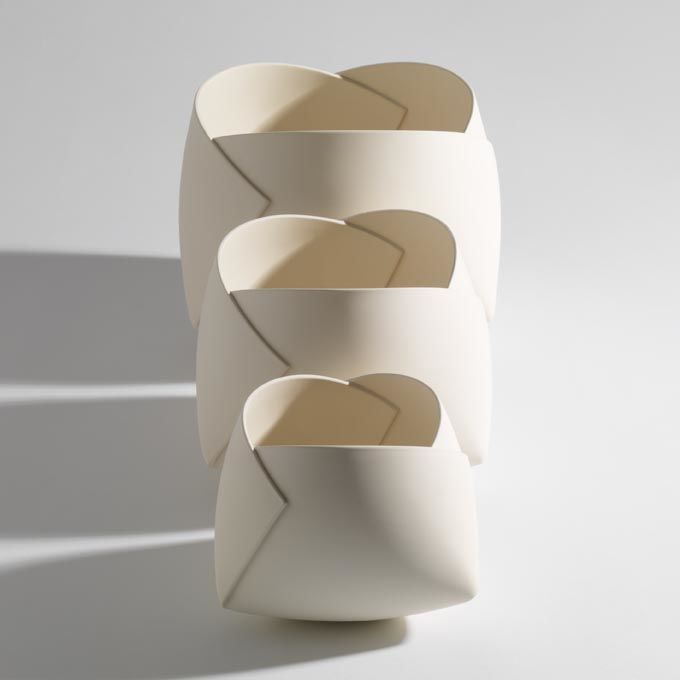 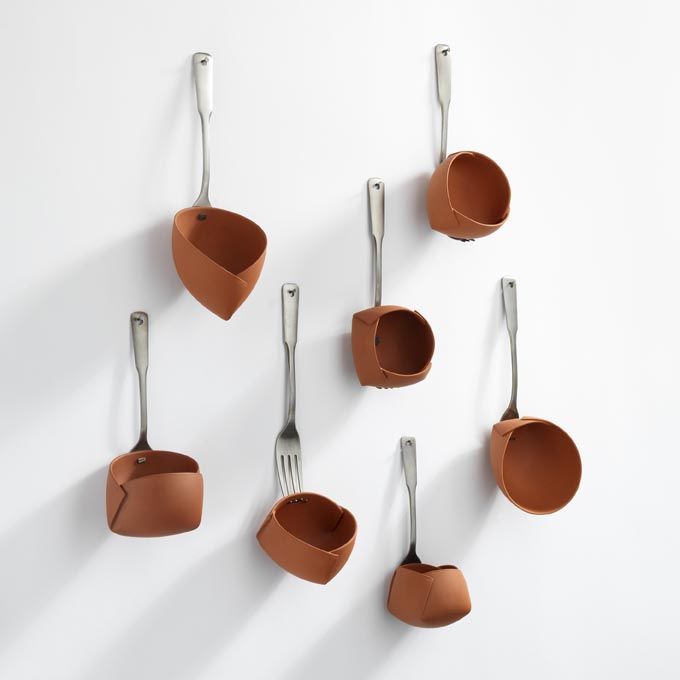