Since the 1940’s, thousands of collies have been bred so that nine transvestite “Lassies” could perpetuate a celluloid myth about a boy and his dog. Collies, Chihuahuas, Dalmatians , Greyhounds and other breeds have, for various market driven reasons, experienced meteoric eruptions in popularity; invariably they have subsequently suffered the consequences. Their very existence points to another disturbing possibility: that we are practicing a kind of eugenics with these animals. . . because we can.

In its extremes, American Culture posits an alternately cloyingly sentimental and brutally callous relationship between humans and both domesticated and wild animals. Animals are anthropomorphized in film, fiction and popular culture. They (and their requisite accessories) are hot commodities; like all commodities, they are also disposable.

For the past few years, I have been studying (and teaching) about the anatomy of animals. One cannot contemplate the intricacies of consumption without an acknowledgement of the carnality of desire, be it a desire for material goods or a wide range of sensual slakings. On a pragmatic level, rendering an animal (of any species, including our own) accurately on the outside is vastly facilitated by understanding the organization of the parts on the inside. But the inside of the body is transgressive; private, frightening, even revolting to many of us. Meat cuts are trimmed and often dyed like an expensive haircut, hermetically sealed and given names such as “bacon” and “London broil;” the flesh becomes “beef” and “pork,” because “muscle of cow,” or “muscle of pig” would likely be off-putting.

The muscles of a fresh (unembalmed) horse’s leg are a surreal blue-purple; glistening under an irridescent, translucent faschial sheet. It is strangly beautiful. Muscle is meat and, on a great many levels, so are we.

All organisms are dependent upon other species in one way or another; consumption in every sense of the word is integral to life in western (and, increasingly, non-western) culture. I seek to pose questions to the viewer regarding these consumer/consumed/consummated relationships by juxtaposing found and fabricated objects evoking multiple possibilities as to just whom is consumed. 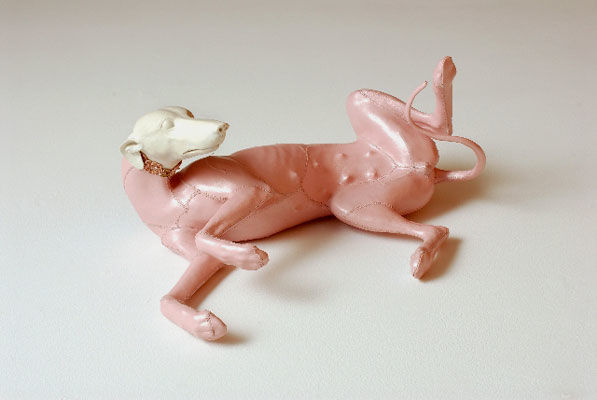 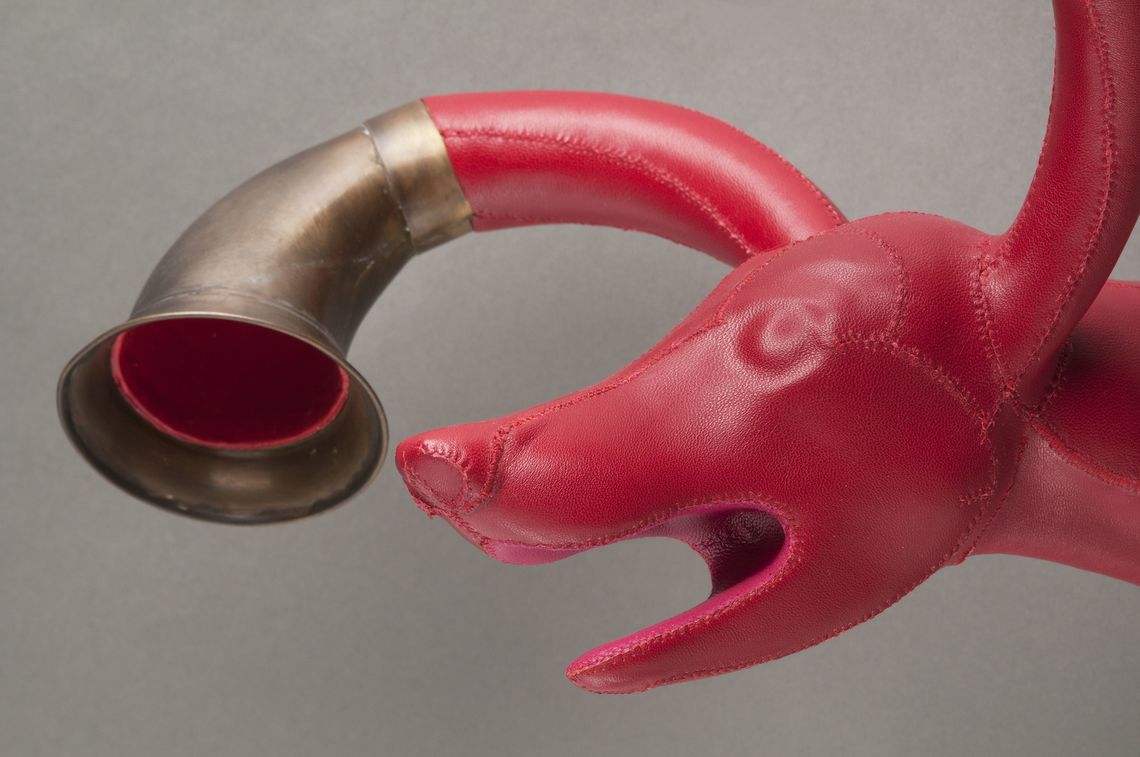